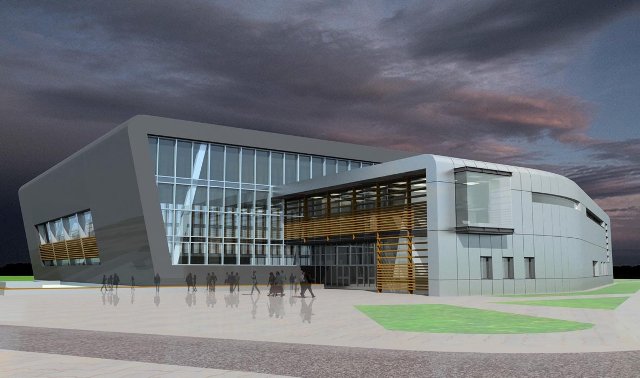 The agreement was concluded on 25 March 2009. The building was erected at the corner of Jana III Sobieskiego Street and Bolesława Chrobrego Street at the Municipal Stadium in Legionowo. This facility has a usable area of 6,089 m² and a cubic volume of 49,291 m³ with a steel and reinforced concrete structure. Apart from the main hall with the pitch and seating for 2,029 people, the hall accommodates a small hotel with thirteen rooms and a bar.

The design of the facility was prepared in 2008 by architect Radosław Guzowski.

The construction was completed in July 2010 and the opening ceremony took place on the 3 September.