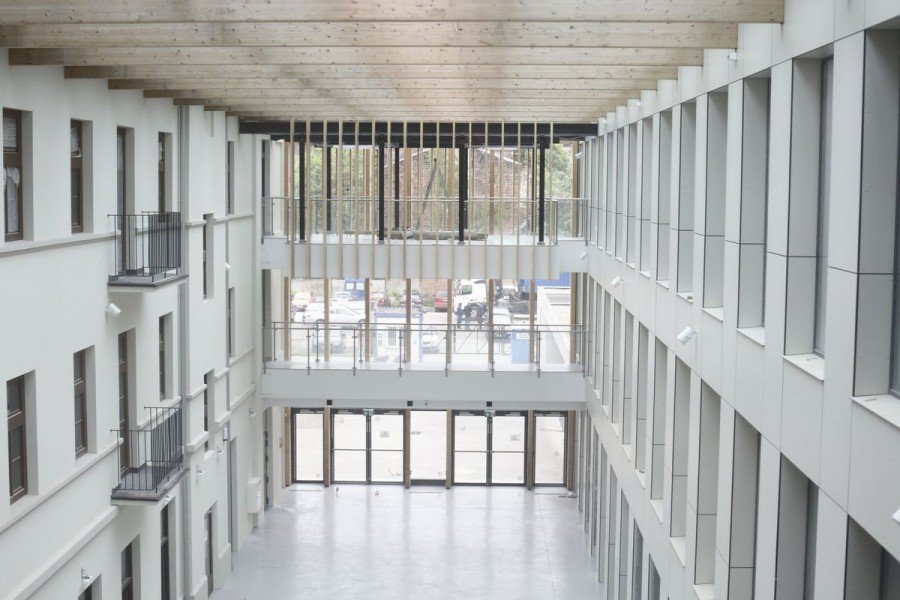 The investment includes construction of a facility with a cubic volume of 18,800 m³ using the existing building. The investment entitled "Warsaw Space Technology - Targowa 56 Creativity Centre" is implemented in the "Design and Build" system. The Centre will offer exhibition spaces, an indoor courtyard, artistic and photographic studios. The project is worth PLN 22.9 million and will be implemented by the Central Branch of Mostostal Warszawa.

The Targowa Creativity Centre is a project that is implemented next to the recently opened Museum of Prague, in which the General Contractor was also Mostostal Warszawa.

"The project aims at creating a solid quarter building with an indoor courtyard with reference to existing elements. For the purposes of offices and services, we plan to adapt the existing front building and the northern five-storey annex. Also, we demolished the southern two-storey annex for the new three-storey wing and an indoor courtyard" - said Robert Nowak, Contract Manager at Mostostal Warszawa S.A.

The building at 56 Targowa Street is located in the area of the urban system along the Wileński Square - railway viaduct section (Praga Północ, Warsaw), entered into the register of immovable monuments of the Mazowieckie Province. The front three-storey tenement was built in the years 1865-1867. It is a residential building with a full basement and a loft. Both the adapted buildings as well as the newly designed wing will have connections at all joint levels. The northern annex was built in 1918 and is located deep inside the property. It has a basement with commercial premises on the ground floor. The project provides for demolition of the two-storey southern annex (the demolition has already taken place) and construction of a 3-storey wing from scratch. It is also planned to develop a part of the terrain as a covered courtyard only for pedestrian traffic. In future, there will be parking deep inside the premises of the project with access from Ząbkowska Street. The design and construction works of the Centre must take into account the recommendations of the Metropolitan Monument Conservator Office.

The Targowa 56 Creativity Centre will be a public facility offering comprehensive assistance - places to work, networking opportunities with potential partners or clients.

As part of the Centre, office and conference space will be leased for business start-ups in creative industries.

The Centre will also have rooms that vary in terms of function: