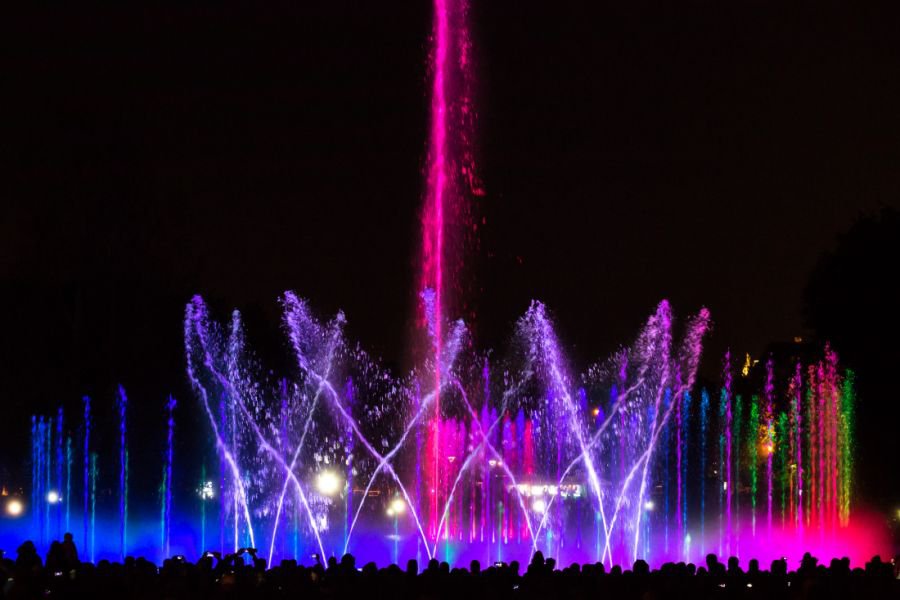 Located on the Vistula boulevards the Multimedia Fountain Park is considered one of the most modern fountain parks in Europe!

The technology used in the property allows organizing "light, water and sound" shows in a closed water system. Water jets dancing to music are projected from synchronized and illuminated nozzles. Fog creates a water screen that allows viewing films and lasers provide the audience with an unforgettable experience. The multimedia fountain is not only the biggest attraction, but also a link between individual park zones. The fountain park is supplemented with a linear fountain - with a length of 122 m and a width of 6 m, and a fountain for children - a so-called dry fountain. The whole system is "tied" by a bench curving along the contour of the water basin. 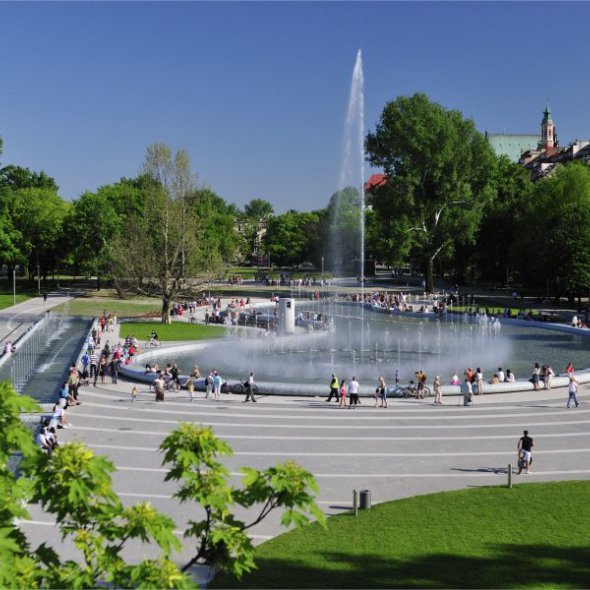 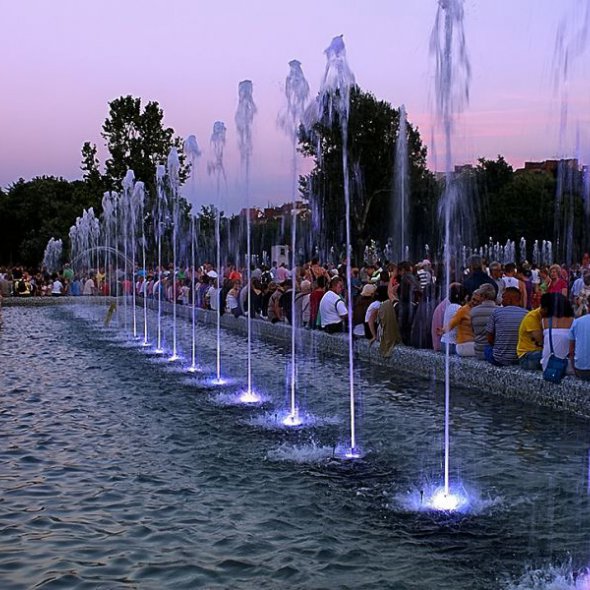 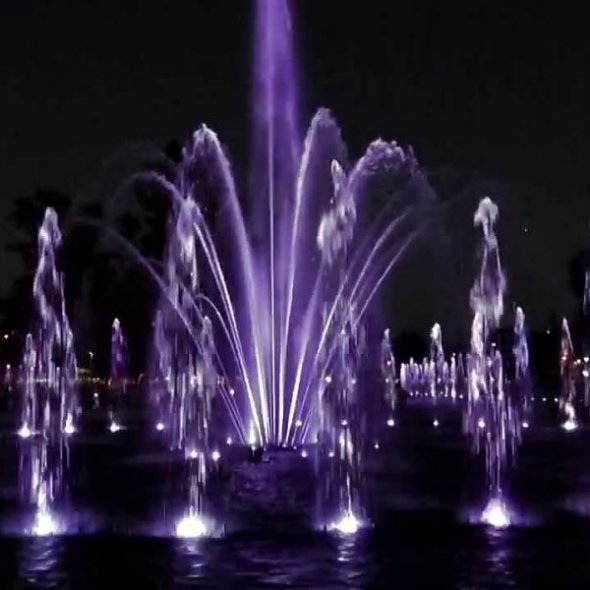 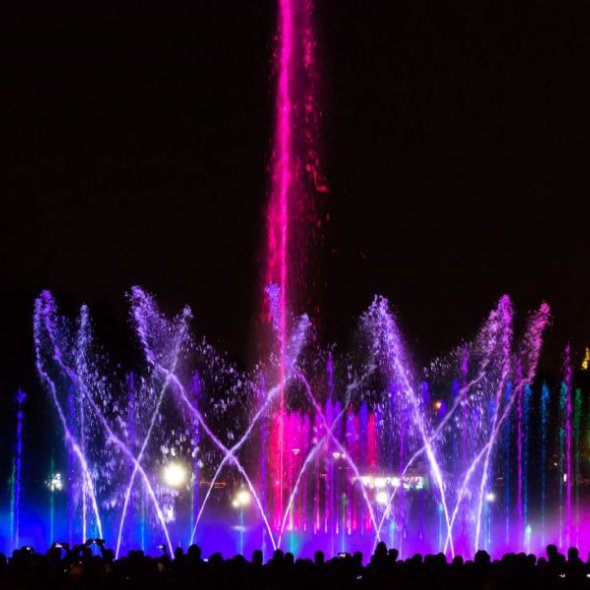 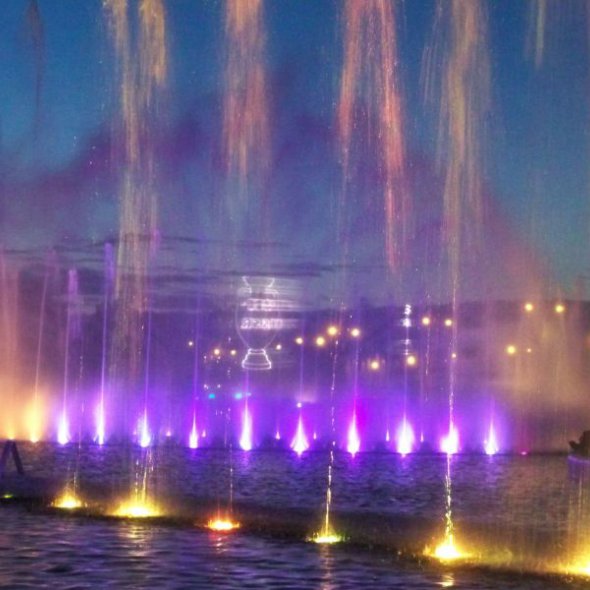 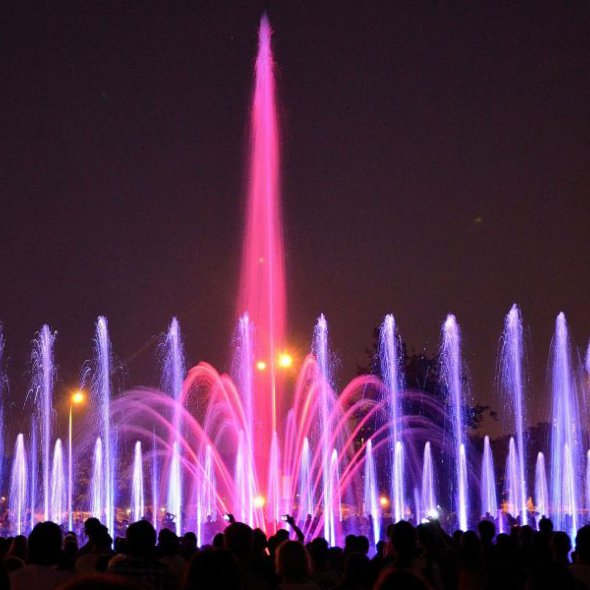 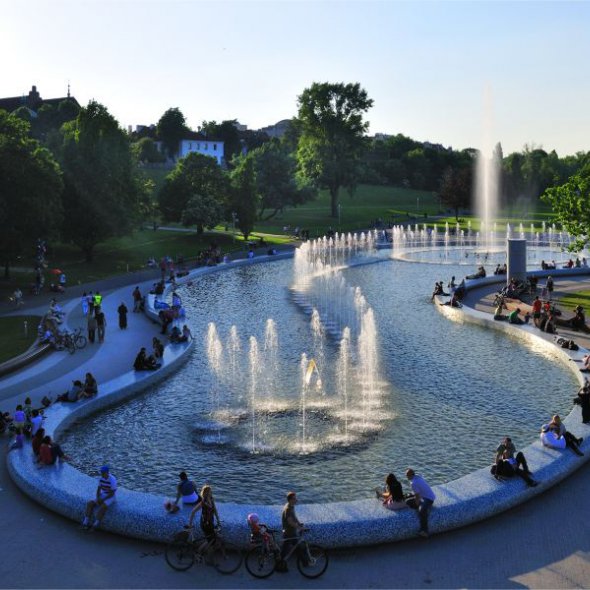 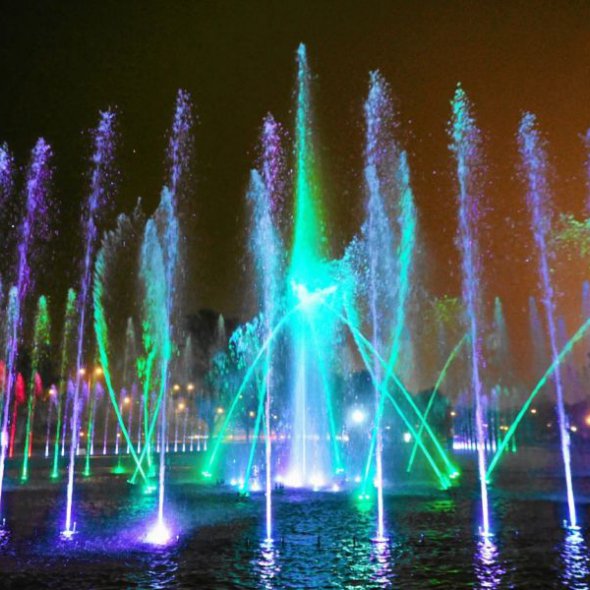