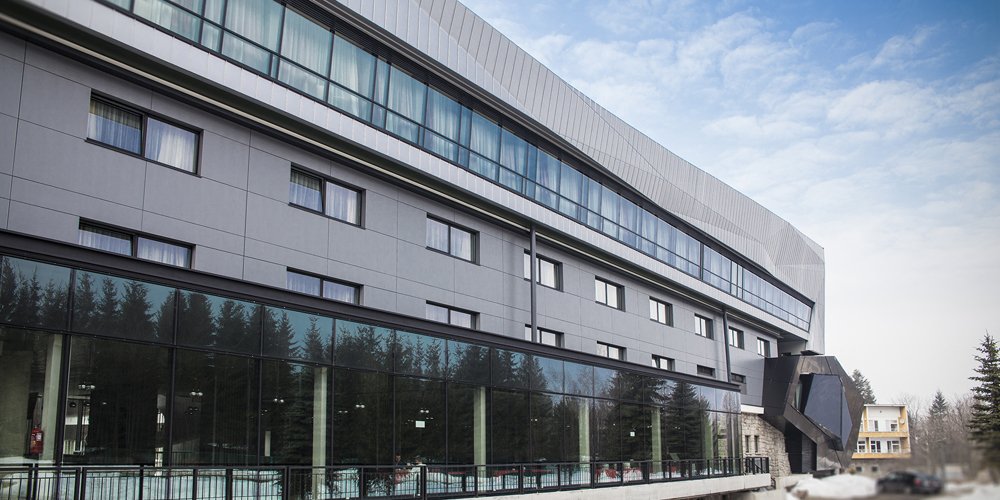 Extension, expansion and reconstruction of the "Zakopane" sports boarding house with the technical infrastructure in Olympic Training Centre in Zakopane

The contract included the overall renovation of the boarding house. Mostostal Warszawa extended one storey, which included 30 rooms. The dining room was expanded and kitchen facilities and a conference room were added above the existing basement. In total, the facility has 97 rooms, including 10 hyperbaric rooms where it is possible to simulate high-altitude conditions up to 6,000 meters.