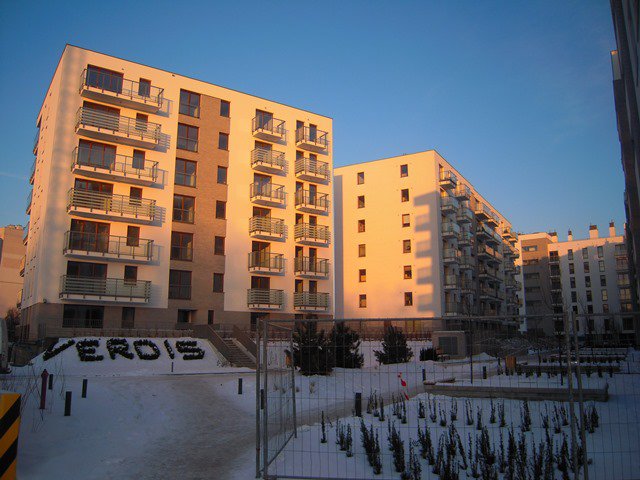 Complex of multifamily residential buildings with service premises on the ground floor and underground garage at Sowińskiego and Człuchowska Streets. Housing estate Verdis – stage 1 B

The scope of the contracts included execution of the flats and service premises in developer standard and other parts of the building in the turn-key formula. In the scope of the project were constructed: connections, heat node, trafo station, all installations inside of the building with jet ventilation system in the underground car park as well as landscaping including pathways, access roads,  greenery features and elements of small architecture.

Stage 1B is the next stage of the project at Sowińskiego Street in Warsaw. Mostostal Warszawa was responsible also for construction of the buildings A, B, C with accompanying infrastructure and core nad shell construction to the „0” level of the building D and E in the scope of stage 1A