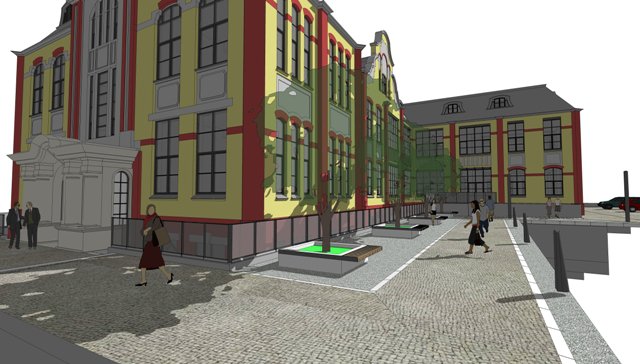 The historical printing house is an enclosed architectonic construction and required only renovation. In the scope of the conversion were removed extensions, roofs, external stairs, and other hideous elements. Roofing and window woodwork were also replaced.

Brickwork façade made of decorative faced clinkier cladding which accentuates divisions of the architectonic décor was cleaned too. Basic plane od the elevation was finished with yellow clinker while pilasters, friezes and bands of the holes were finished with red brick. This architectonical accent is relevant for the edifice character and is bound to be preserved and properly exposed.

After reconstruction in the attic were located offices and conference rooms as well as technical facilities. Upper storey was completely dedicated for office purposes. On the ground floor was situated open service space to organise conferences, exhibitions and a restaurant. In the basement were placed: multimedia centre, kitchen storeroom, technical facilities to support the building.

Building was erected in second decade of twentieth century. It was a German printing house in which daily newspaper „Posener Tageblatt” was developed. After war the object was taken over by printing house of Św. Wojciech, and then Poznańskie Zakłady Graficzne were established there.  In 1995 the building was inscribed in the register of objects of cultural heritage. 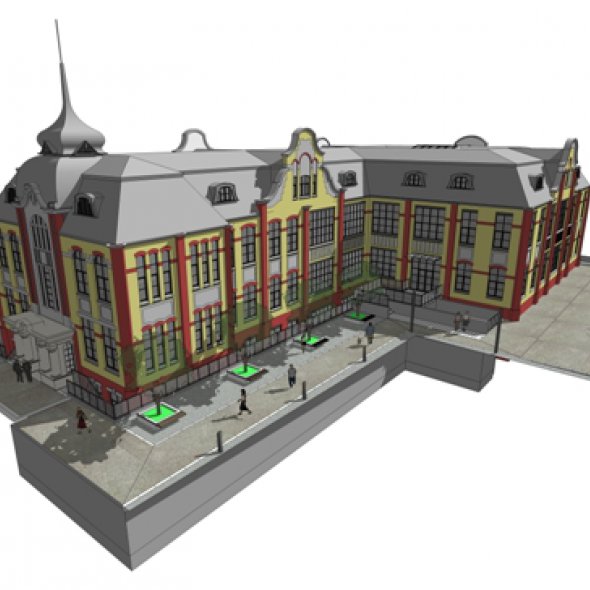