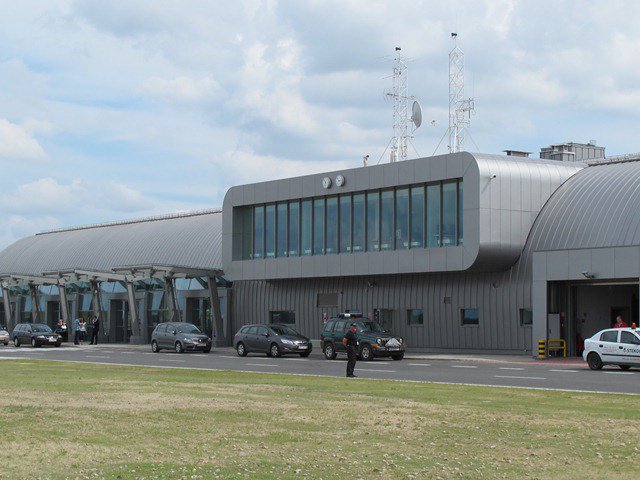 The consortium of Mostostal Warszawa S.A. and Acciona Infraestructuras S.A. has completed work on Modlin Airport ahead of schedule. Both the passenger terminal building and the terminal for low-cost and charter flights, as well as roads and parking areas were ready earlier than stipulated in the contract.

“Cooperation with the General Contractor was smooth. We have always tried to be a model investor. We pay; we do not procrastinate; we do not make problems if work has been performed well. This is how it was. I am satisfied and I hope that we are going to build many more facilities in the future,” adds Stefan Bogusławski, director of the Investment Office in the Mazowsze Airport Warszawa Modlin.

As part of contracts concluded with Mazowiecki Port Lotniczy Warszawa – Modlin Sp. z o.o., the consortium implemented two tasks: construction of the passenger terminal building along with internal utilities for low-cost flights and charter flights and construction of roads and parking area in the area of the terminal and hangars.

“The contract for the passenger terminal building was signed on 28 October 2010. Over a year later, in March, we won another tender for construction of roads, parking areas and hangars,” explains Robert Nowak, contract director at Mostostal Warszawa S.A.

The passenger terminal in Modlin has been designed by the architecte APA Kuryłowicz i Associates sp. z o.o. in the form of a single hall, which resembles former hangars. The facility has a height of two above-ground storeys and its usable surface area amounts to 12,053.56 m².

Under a part of the building, there is an additional underground storey assigned exclusively for technical facilities. On the ground floor of the terminal, there are public premises: waiting rooms, a commercial zone, check-in desks, arrivals and departures and luggage storage rooms. The premises on the mezzanine are for airport services. They accommodate cloakrooms and personnel areas, premises for persons seized during check-in, medical premises and a chapel.

The structure of the building is mixed: reinforced concrete and steel. The bearing structure of the roof is made of spatial arched gratings; the remaining bearing elements of the building are made of reinforced concrete. The BHS system for luggage transport is provided with an X-ray and a CT scanner. The terminal, according to the design, is prepared for servicing 1,542,240 passengers annually.

Construction of roads and parking areas in the area of the terminal encompassed ground-level parking areas for passengers, personnel and a two-lane road from road No. 61 to the new roundabout. The roundabout distributes traffic to the passenger terminal building, parking areas, airport back-up facilities, the technical zone and to the Main Control Point. 877 parking spaces are located in three parking areas.

“The consortium’s task was also to design and execute the parking area system allowing for the collection of parking fees. The work encompassed a system of lights and a drainage system. All work was accepted without defects. This happens very rarely,” stressed the contract director.

The total surface of roads, pavements and parking areas with a surface area of concrete, asphalt/concrete and sett amounts to 65,000 m². 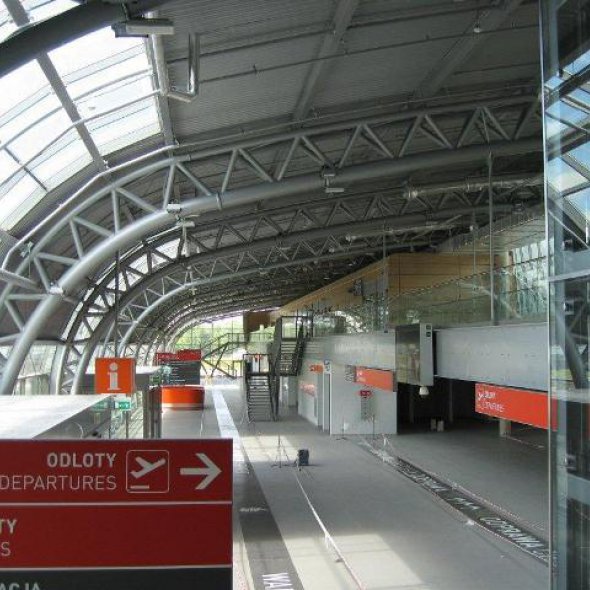 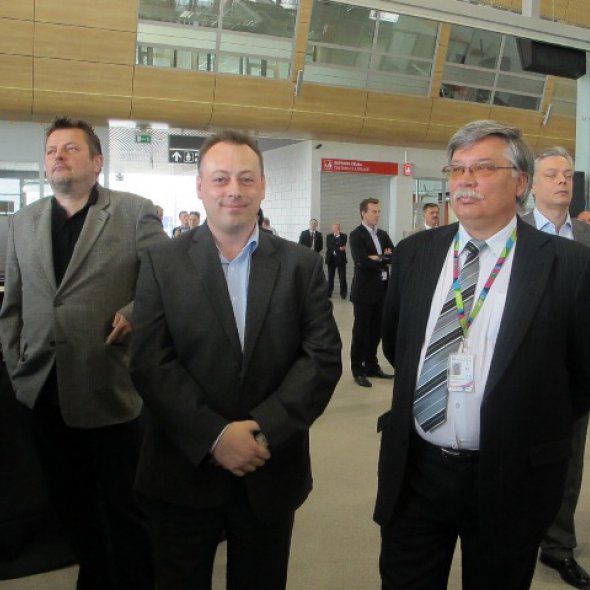 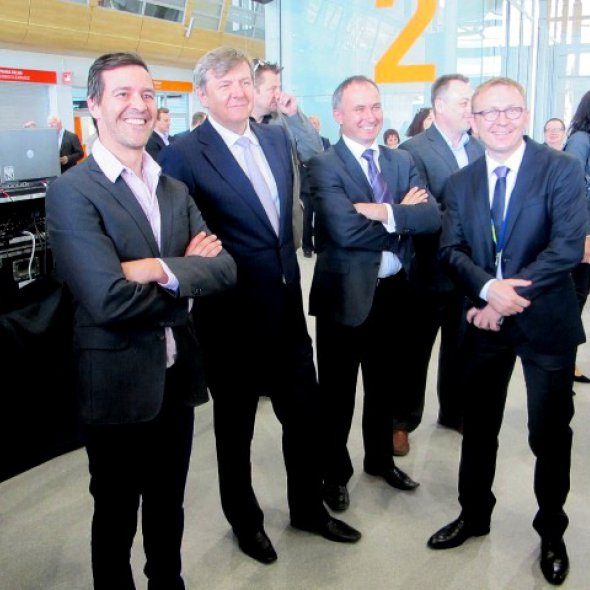 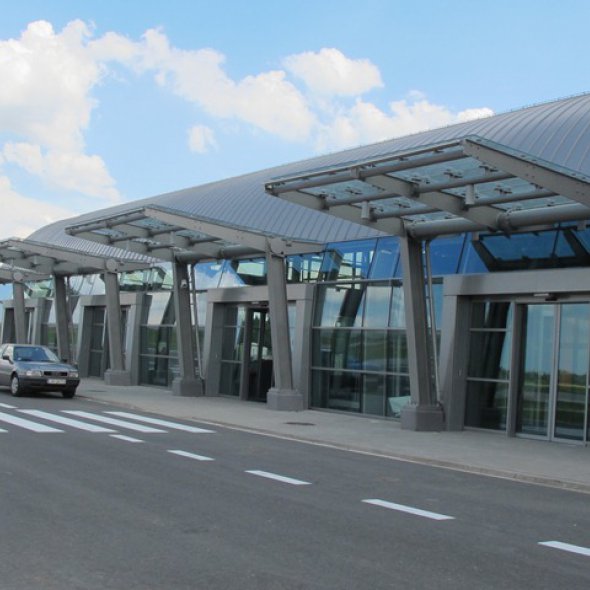 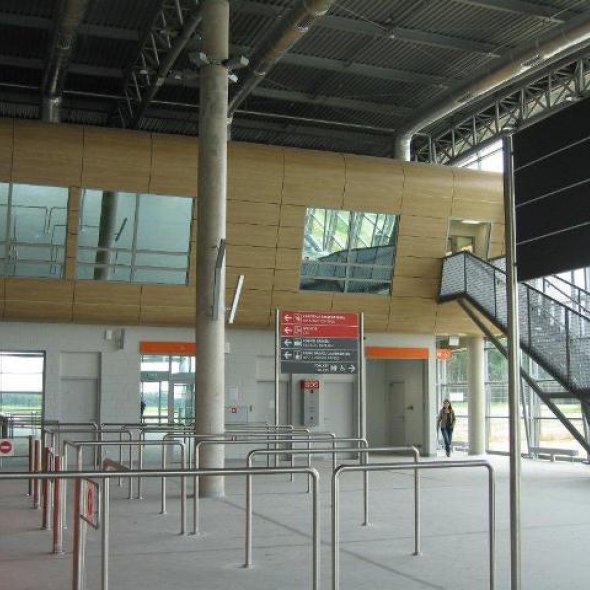 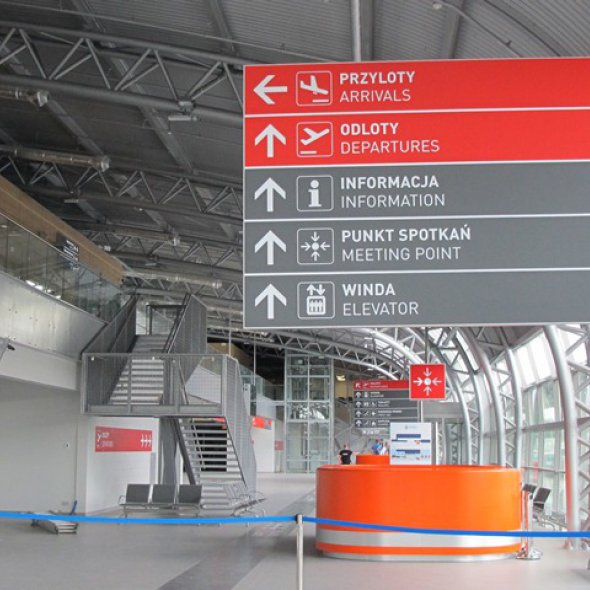 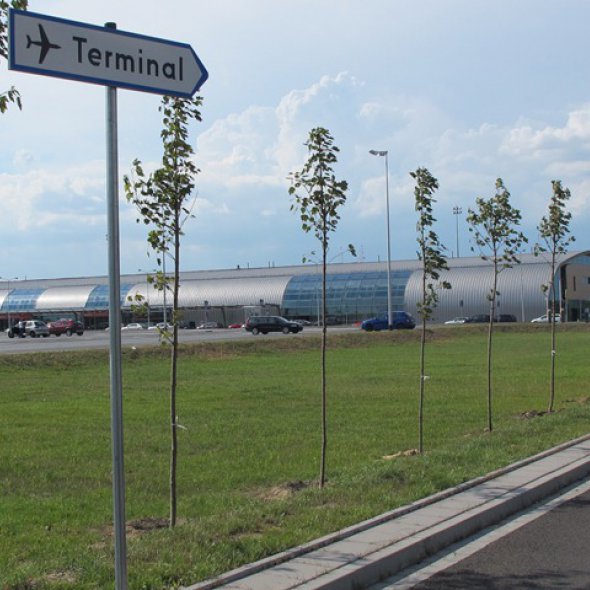 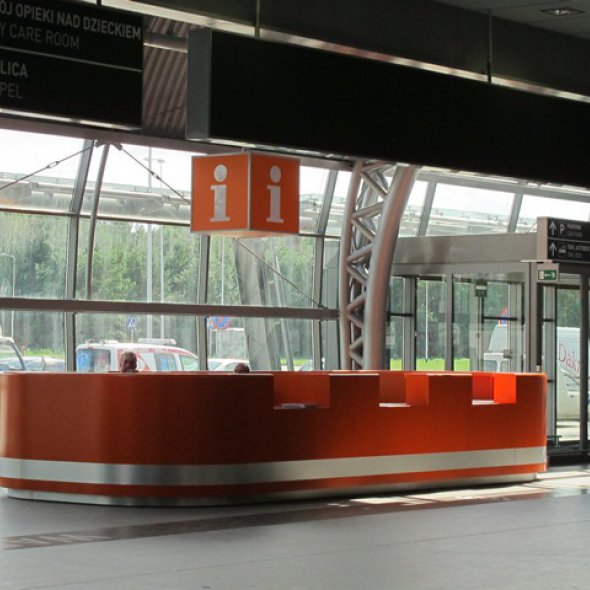 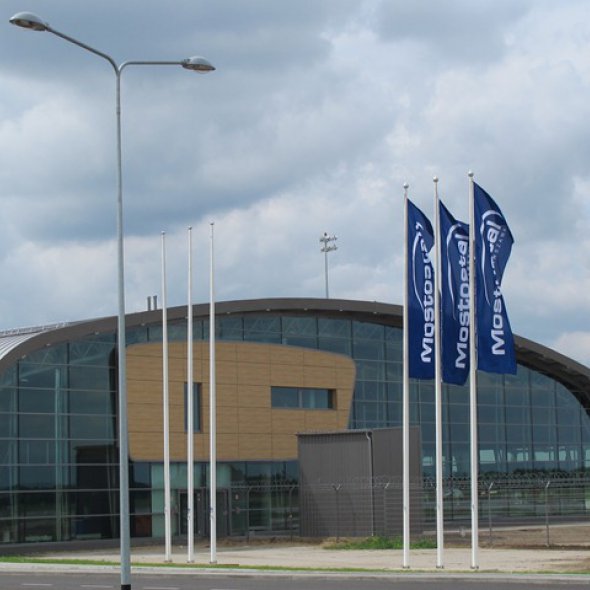 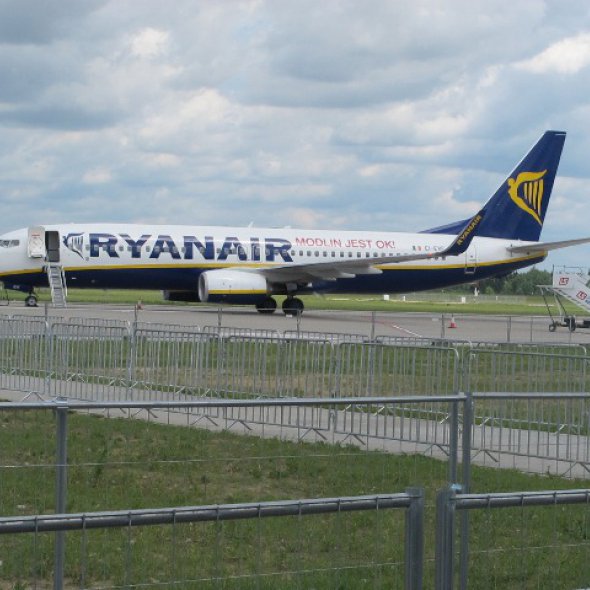 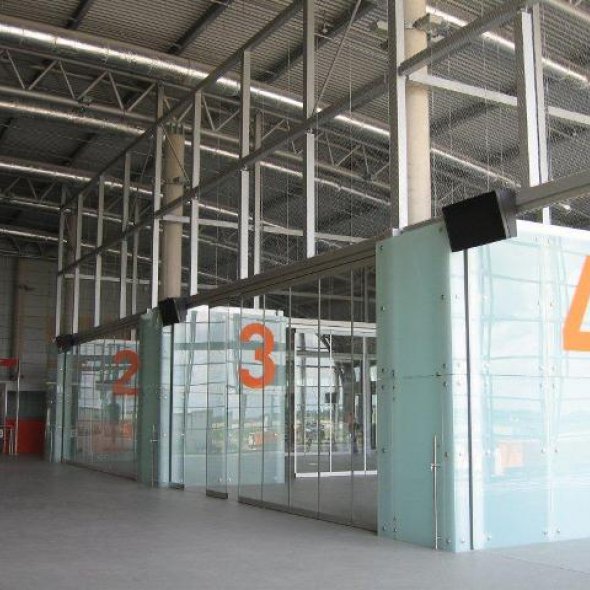