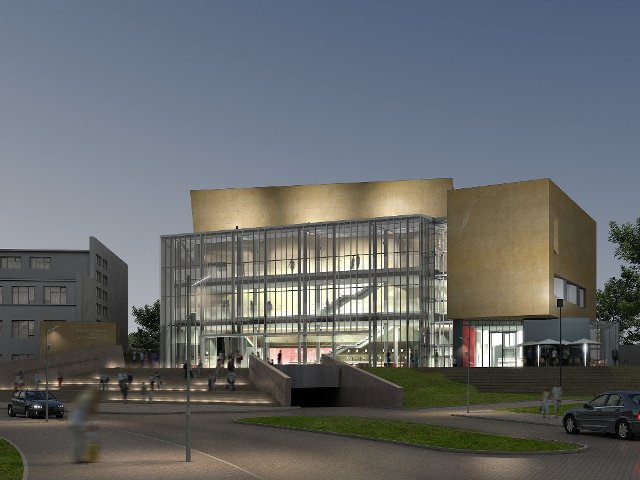 The agreement with Feliks Nowowiejski Warmia and Masuria Philharmonic in Olsztyn was signed by Mostostal Warszawa SA, as the leader of a consortium of partners: Acciona Infraestructuras SA, INTROL SA and Instal Bialystok SA on 15 July 2009.

The property received a building occupancy permit on 23 March 2011.

The new building of the philharmonic has 12,631 m2 of total area, three floors above ground and 2 underground. The centrally located concert hall for 505 spectators (365 on the ground floor and 140 on the balconies) is surrounded by service rooms. From the front there is a large entrance hall with space for the reception, information desk, cash desks and the catering section. Other sections of the building occupy technical rooms, dressing rooms, rehearsal and training rooms, concert office as well as the hotel and administrative areas. The "-1" level contains a connecting corridor between the new philharmonic hall and the adjacent building of the music school, which allows direct communication between the two buildings. The architectural complex consists of various spatial cubic content: a concert hall block, a glazed entrance hall and other functional units. The cubic form of the concert hall was distinguished from the designed building and accentuated with its height. Its massive structure has been contrasted with the glazed entrance, in which it is embedded. 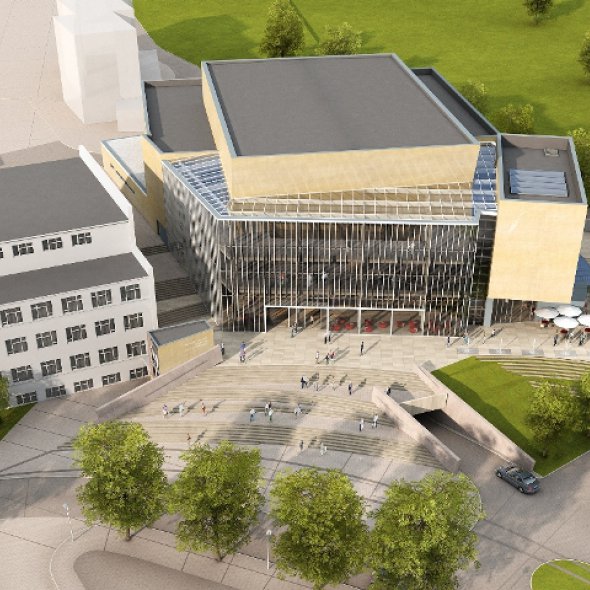 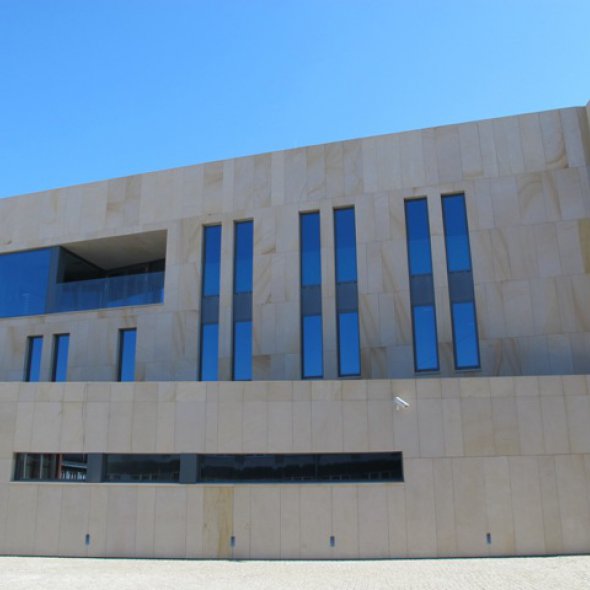 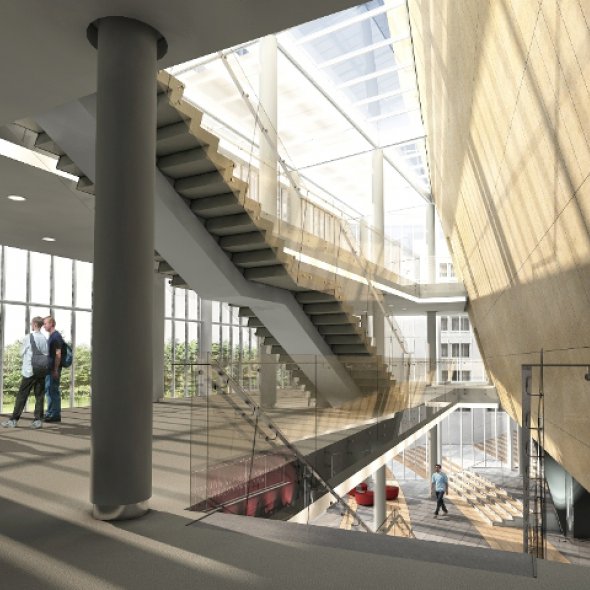 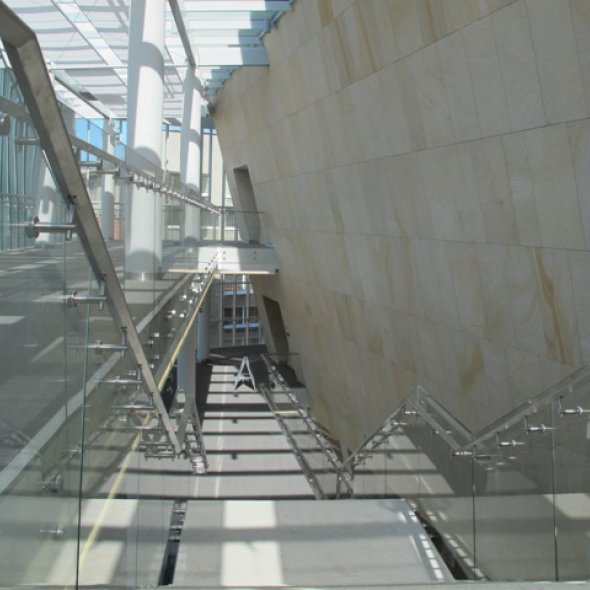 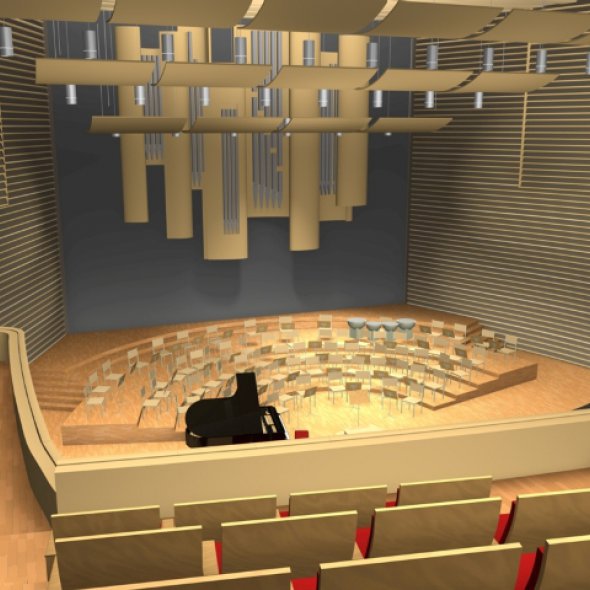 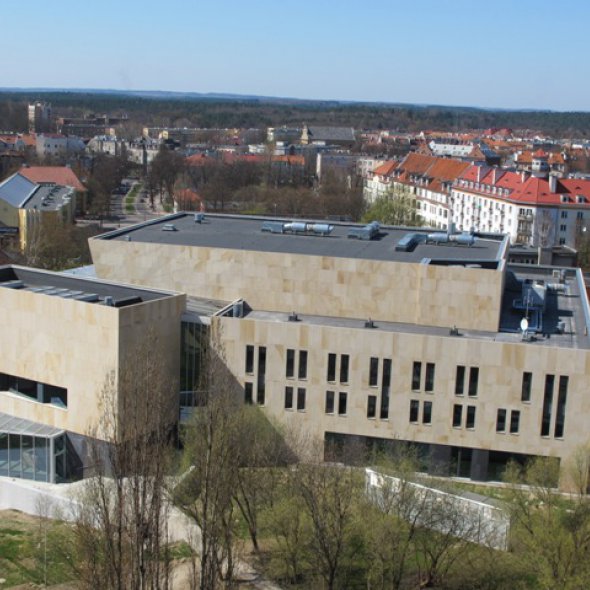 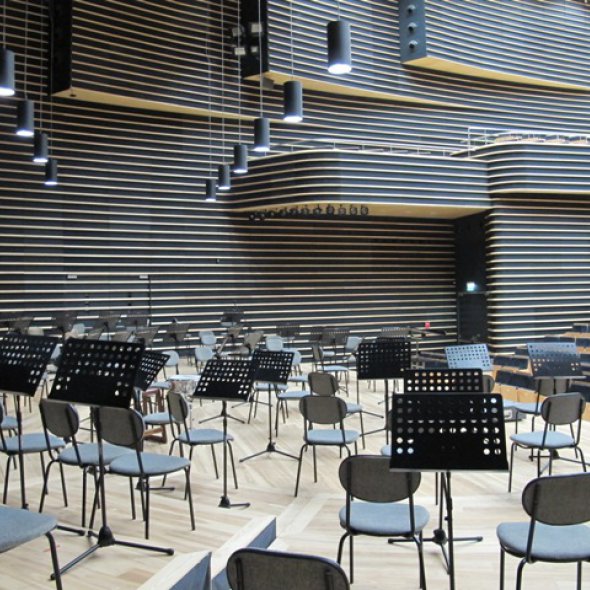 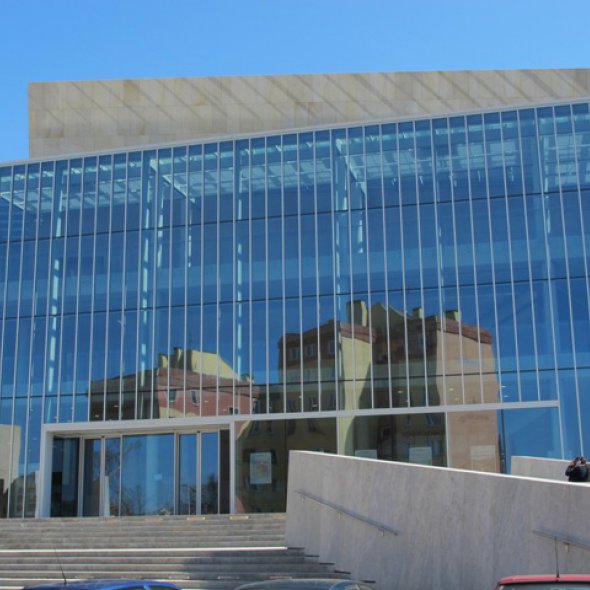