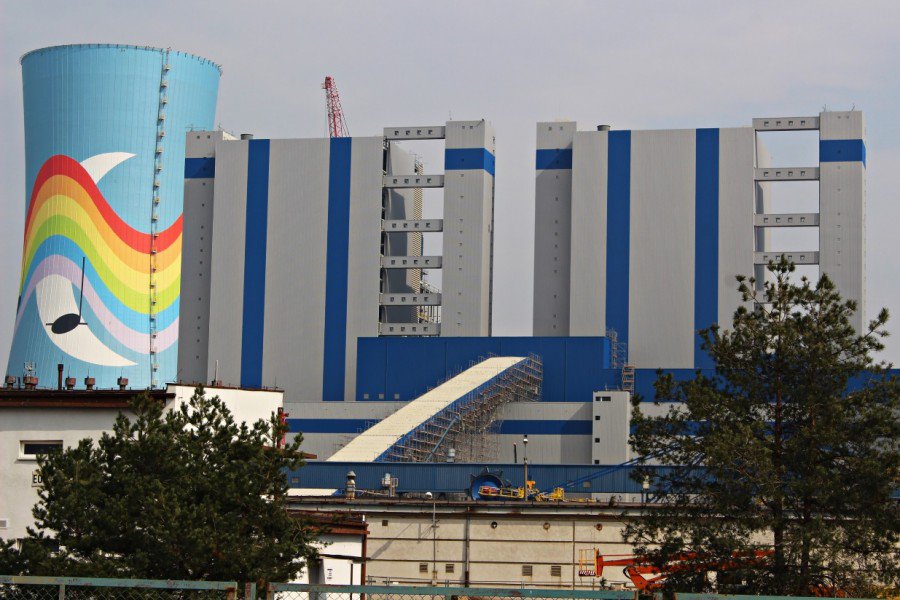 The new part of Opole Power Plant is the largest infrastructure project ongoing in Poland over the last quarter century and the largest investment in Europe. It is also the key investment which Mostostal Warszawa is realizing at the moment.

The largest infrastructure investment in Poland after 1989, that is the construction of two power blocks in Brzezie near Opole with total capacity 1800 MW and worth PLN 11,6 billion, is the next breakthrough investment in portfolio of Mostostal Warszawa over the past 70 years of company’s business.

In 2019 this power plant will be one of the most modern power plants in the world. Two blocks – each with a gross capacity of 900 MW will be coal-fired. It will consume annually 4 mln tonnes of black coal from Upper Silesia. Application of the latest technologies will allow to increase net efficiency in production of electric energy over 45% and will allow to significantly reduce impact of the power plant on the enviroment, among others to reduce carbon dioxide emissions by 25% per unit of generated energy. New blocks no. 5 and no. 6 in Opole Power Plant will contribute to the realization of the newest objectives of EU energy-climate policy, because they will replace withdrawn units from other power plants that were built in 1960’s and 1970’s.

An investment of over PLN 11.6 billion gross performs consortium of Rafako, Polimex-Mostostal and Mostostal Warszawa in cooperation with Alstom Power. According to the schedule block no. 5 is to be commissioned in July 2018. and the block no. 6 in February 2019. New blocks will produce 12.5 TWh of electricity per year which will meet the needs of more than 4 million households.

The whole scope of works Mostostal Warszawa, in the construction of blocks no. 5 and no. 6 at the Opole Power Plant performs a subsidiary Mostostal Power Development. The scope of works Mostostal Warszawa according to the contract includes implementation of 21% of all the works. These include, among others, construction works of boiler housing of block no. 5 and no. 6 along with installation of its pressure parts, foundation works and reinforced concrete structures of flue gas desulphurisation systems, oil installation, workshops and warehouses and in the "turnkey" formula – installations of skimming, ash removal of compressed air, oil and carburisation. The value of the work entrusted to the company will amount to PLN 2.249 million net.

Investment in Opole is the largest infrastructure project of III Republic of Poland and the largest industrial investment in Europe. The earth from excavation for the foundations of new blocks would be sufficient to fill Zegrze Reservoir (980 000 m3). The amount of used steel structure is similar to the steel construction of Empire State Building in New York (65 000 tonnes) and the concrete would be enough to build another Pentagon (250 000 tonnes). The lenghth of the cables amounts to a distance between Warsaw and Lisbon (3 000 km).

Construction of power units no. 5 and 6 is not only the largest of ongoing energy contracts in Poland, but also the largest industrial investment after 1989. The project worth nearly PLN 11,6 mld will perform consortium of Rafako, Mostostal Warszawa and Polimex-Mostostal in cooperation with Alstom.
The first stage of works performed by Mostostal Warszawa includes organization of construction cite facilities, fencing and construction of container town for needs of construction office and social facilities area for future subcontractors. For now, works including earthworks for fundaments of boiler’s supporting tower, boiler house building and communication pylons in boiler no. 5 and 6 started. 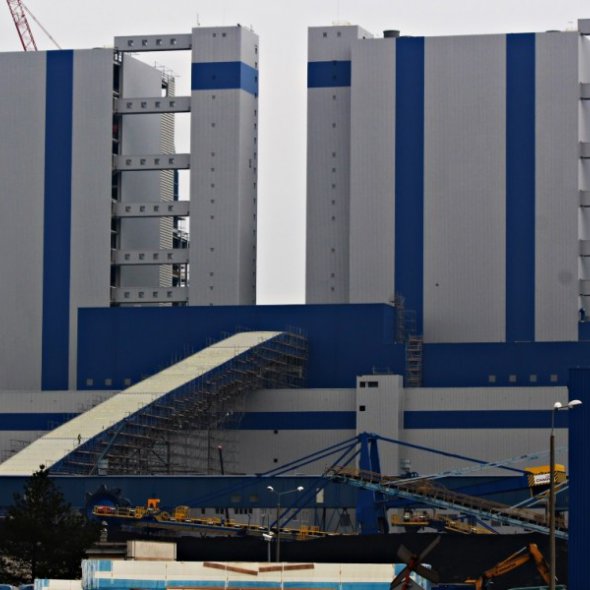 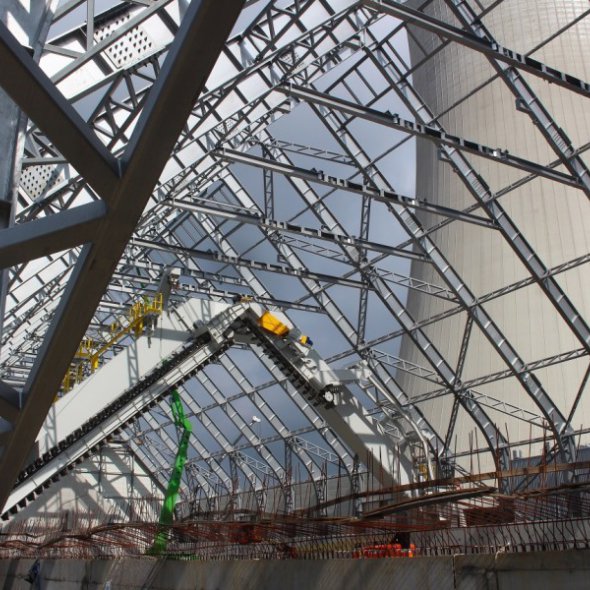 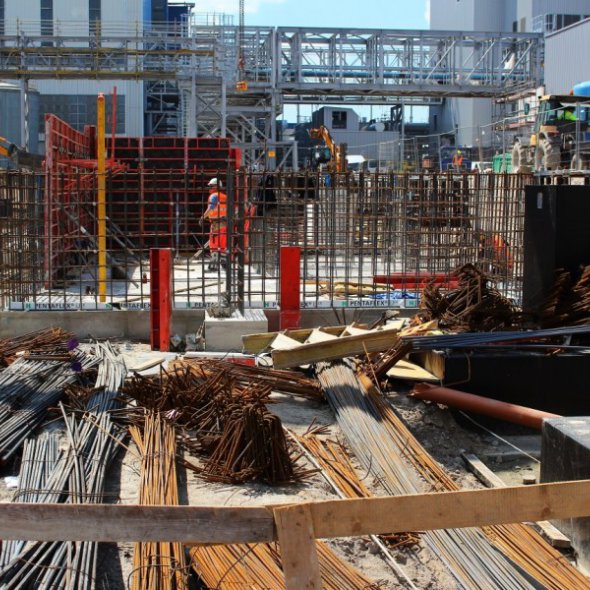 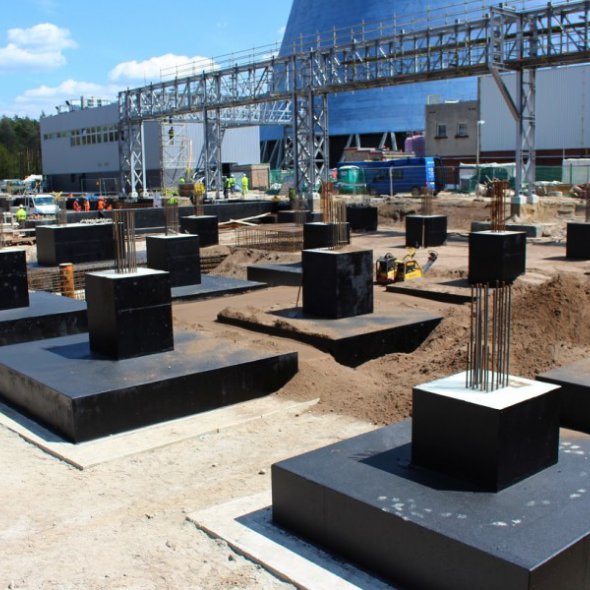 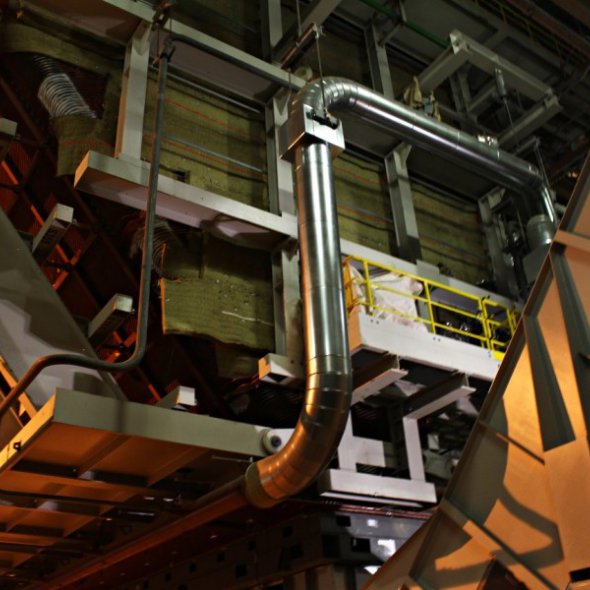 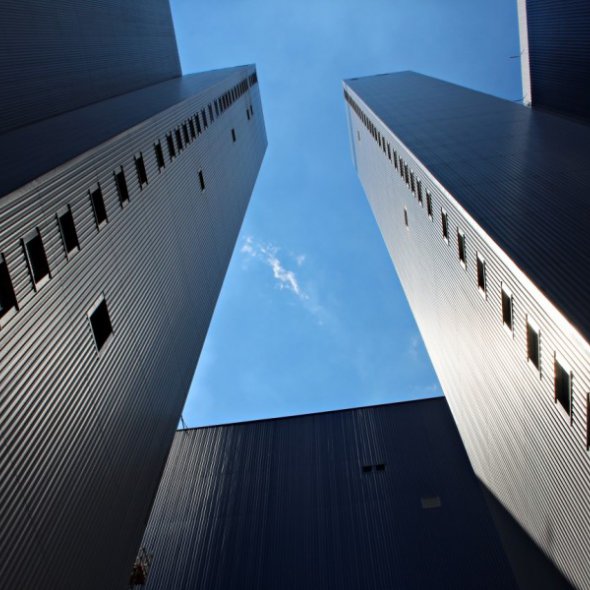