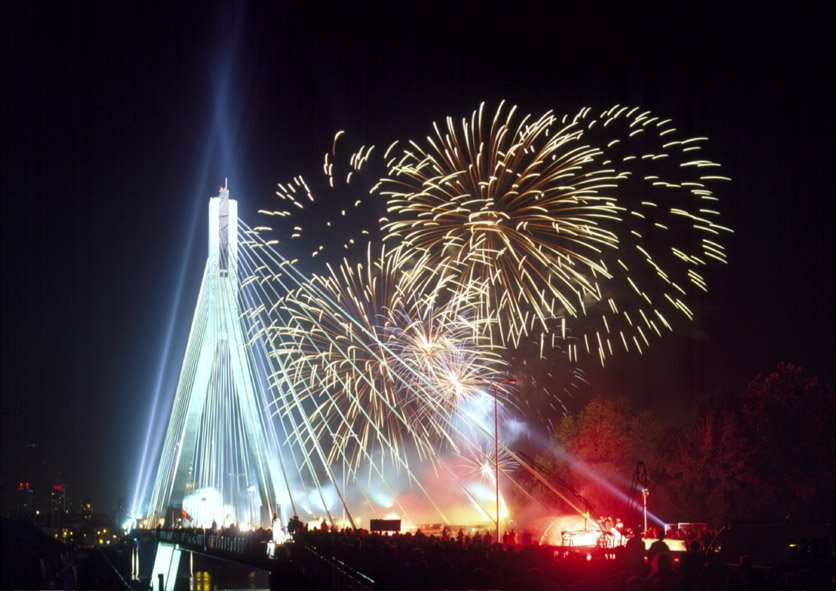 The Świętokrzyski bridge in Warsaw

The Świętokrzyski Bridge is the first cable-stayed bridge in Poland. It was built between Powiśle on the left bank and Praga Północ on the right bank of the Vistula river. The cornerstone was laid on 28th September 1998. The opening of the bridge took place on 6th October 2000. Total costs of its construction amounted to PLN 160 mln.

Together with a flyover it is 479 m long, with two lanes for vehicles both ways and two lanes for pedestrians and cyclists. The structure is supported by a 90-metre-long pylon placed on the eastern river bank and has 48 cables attached to the pylon supporting the deck. On the western bank the bridge is supported by two piers, embedded on the bottom of the river. Despite the bridge seems to be light because of the lack of classic pillars, together with flyovers it consists of seven spans. Inside the northern part of the pylon is located a maintenance lift.

The Świętokrzyski Bridge is also the first bridge in the history with cycle paths. Along the bridge were established viewpoints, great to admire the panorama of the city. One can see the Royal Castle, tenement houses of the Old Town, a boulevard, Saint Florian’s cathedral and the Poniatowski Bridge or Śląsko-Dąbrowski Bridge from there. It is a part of the Świętokrzyska route which originally was supposed to run from Western Railway Station through Prosta, Świętokrzyska and Tamka Streets to Kijowska Street in Praga district and further to Targówek district. However later, it was considered that the bridge should serve for local traffic not for transit and it was separated from the Wisłostrada. The bridge is iluminated at night and quickly became one of the capital’s landmark. It is willingly used as a location for films, commercials etc. In 2006 Newsweek Polska published an article about the Świętokrzyski Bridge entitled “Bridge of Dreams” (no. 3/2006). 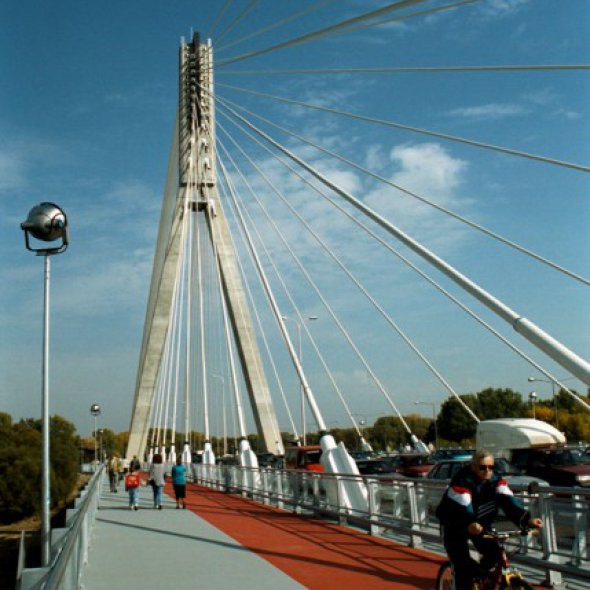 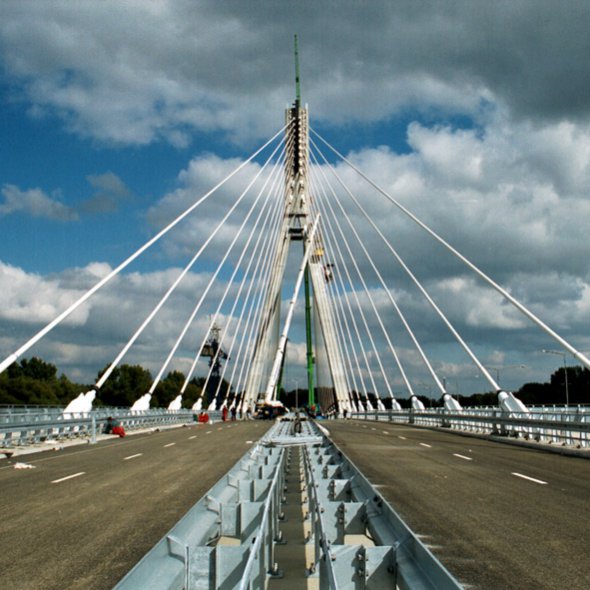 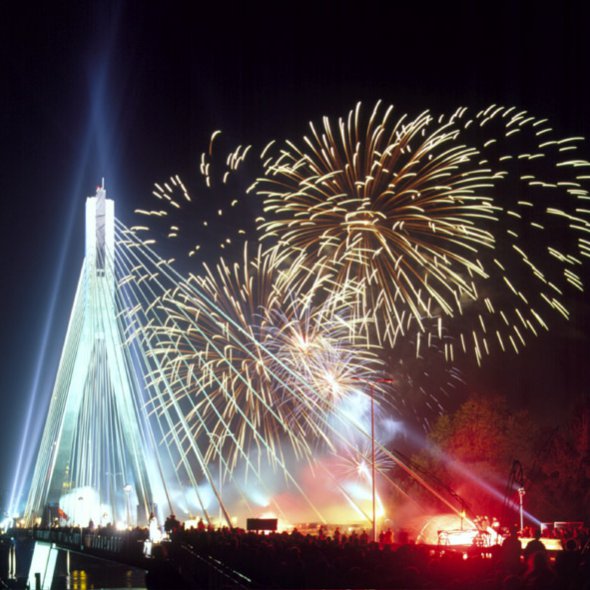 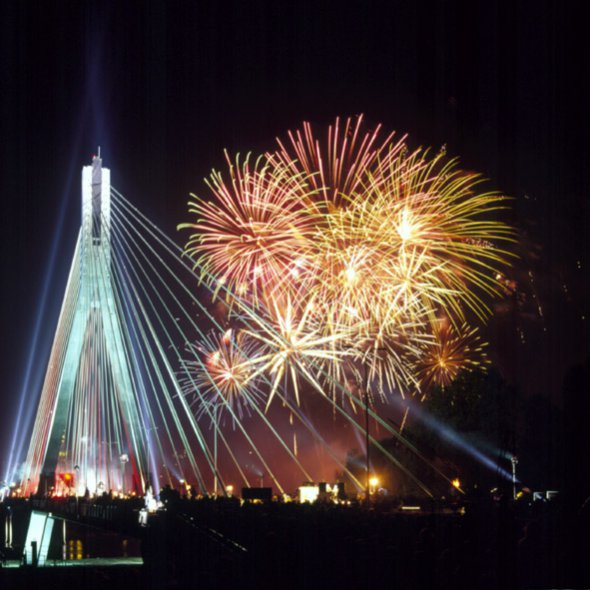 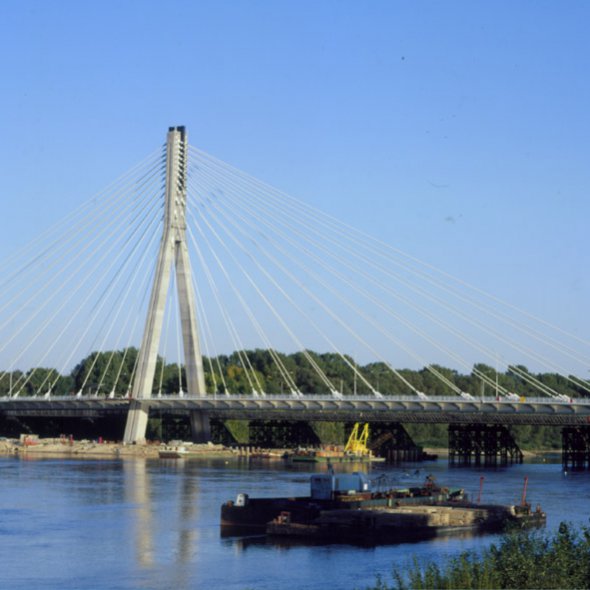 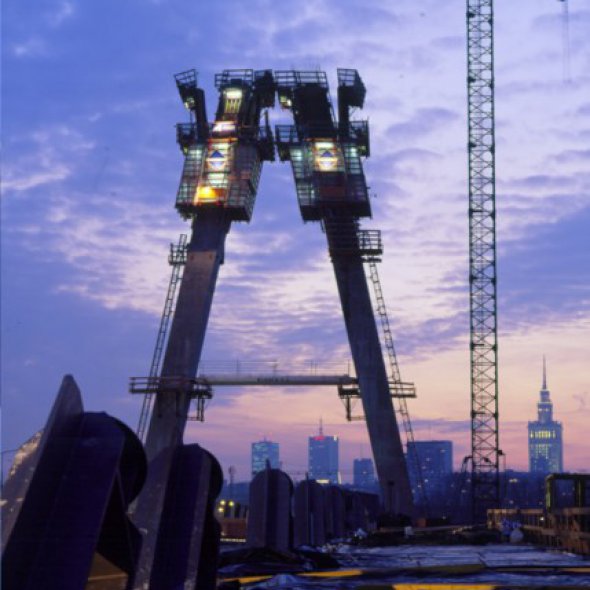