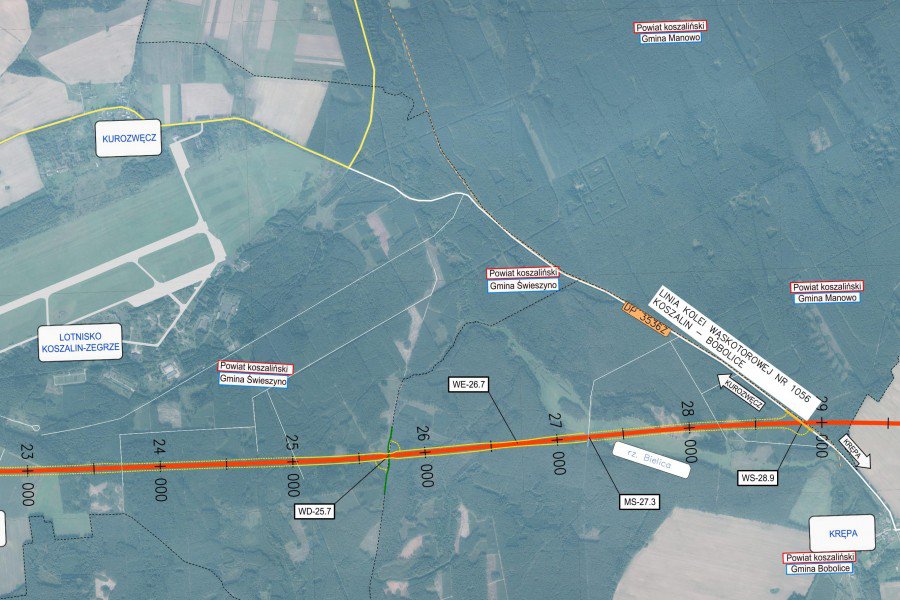 The section will start in the Zegrze Pomorskie node, which will be executed under the Koszalin-Zegrze Pomorskie section. The route largely runs through the woodland. The road runs south of the Zegrze Pomorskie airport, then north of Krępa and Dragiń. At south of Kłanino route will approach the current national road no 11. There is located a road node, which ends this section. In the region of Dargiń constructor plans the rest area (MOP cat. I). S11 on this passage runs entirely along the new route.

S11 expressway connects directly Central Pomerania with Silesia through Wielkopolska. Until now, mainly the bypasses were implemented. Last year the Szczecinek Bypass was opened, the Olesno and Kępno Bypasses are under the construction. The Zegrze Pomorskie-Kłanino section is the first route fragment of the S11 expressway that enters the implementation stage.

Contract parameters
Gross contract value: PLN 478,30 million.
Deadline for implementation: 36 months; winter periods (from December 15 to March 15) is not included in the realization time, project periods includes winter periods (from December 15 to March 15).
Payment term: 30 days from the date of receipt of the invoice.
Maximum warranty period: 10 years.
Performance bond: 10% of the gross contract value in the form of a bank guarantee.