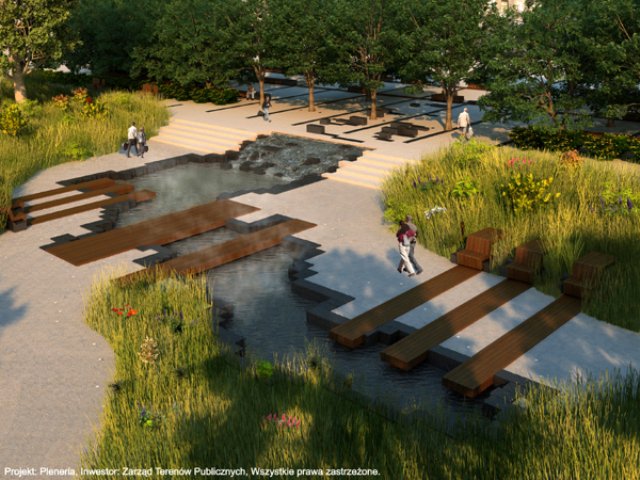 Modernization of Grzybowski Square in Warsaw

Modernization of Grzybowski Square in Warsaw

The modernization included the entire area of the square with particular emphasis on lawns and greenery. Pedestrian paths and roadways (without Twarda Street) were rebuilt and a new stone surface was made on which gabbro stone was used to arrange symbolic tracks in the place of a historic railway.

The biggest attraction of the renovated square is the pond with a cascade over which a whitish haze will hover during the spring. At night, the place will have additional charm thanks to lights located in the floor and the illumination of trees with varying colours and lights.

Elements of small architecture - seats on rails fixed into the pavement - are an interesting solution. Their mobility will allow to adapt the site for culture events, which given the location of the square, will be frequently organized. 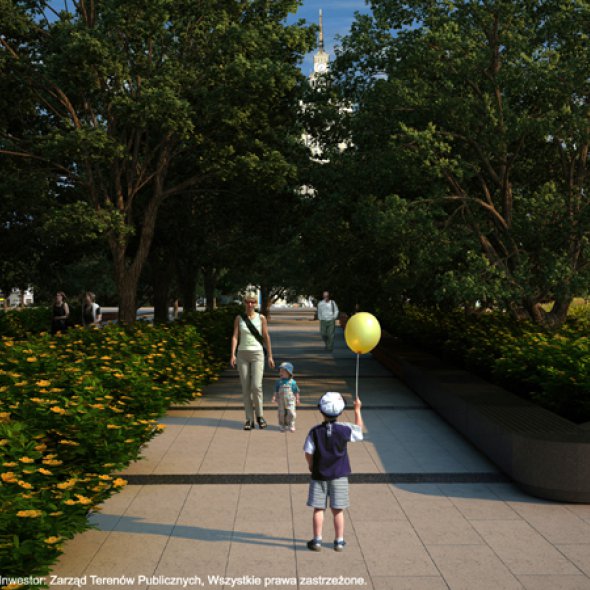 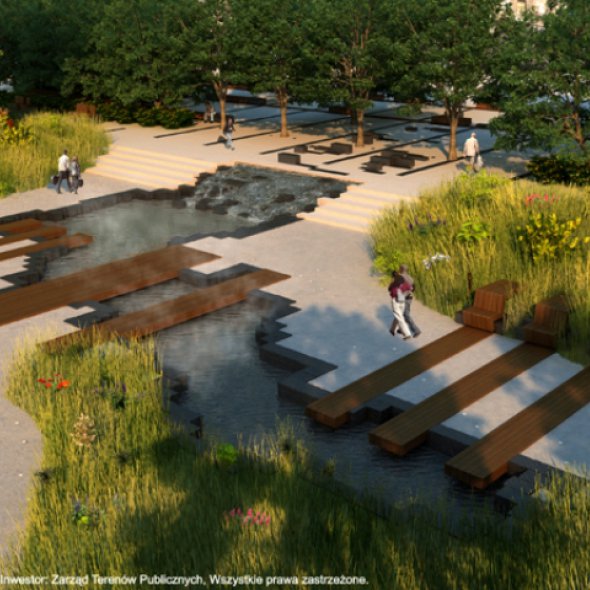 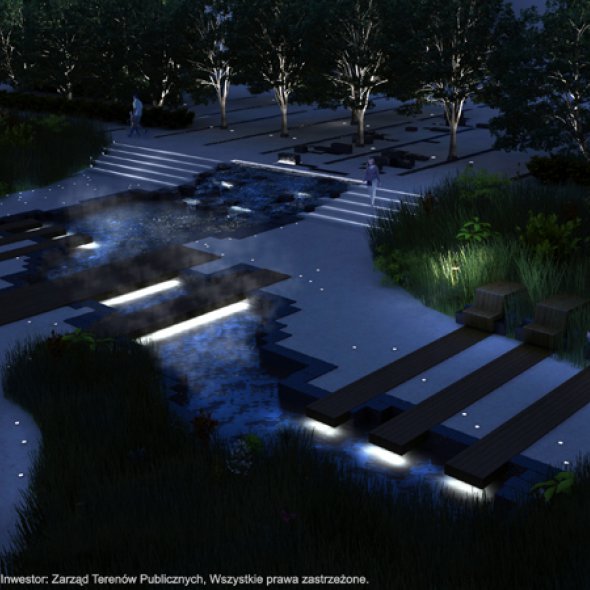