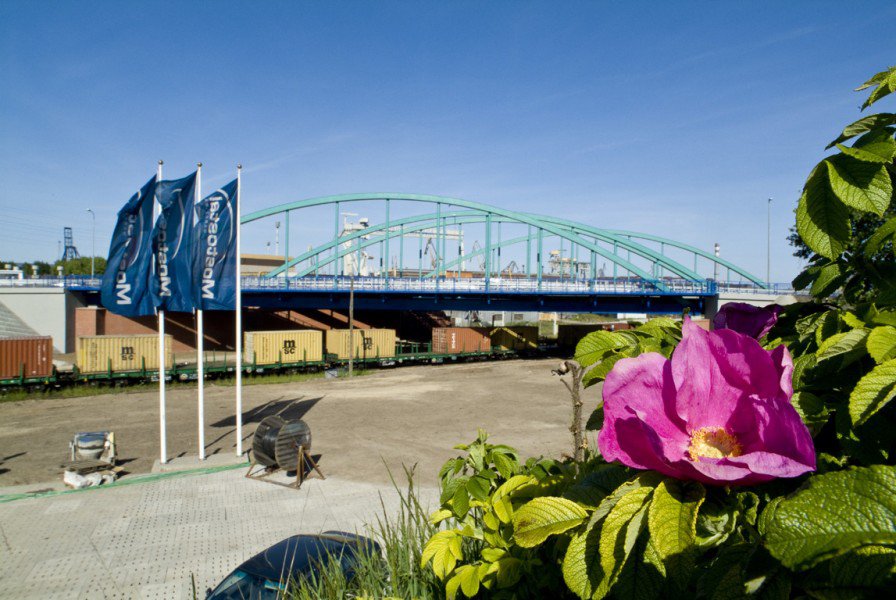 Upon the commission of the Gdynia Municipality, Mostostal Warszawa S.A. disassembled the existing road overpass and constructed a new one on Janka Wiśniewskiego Street in Gdynia. The agreement for implementation of the task was signed on 19 June.

The value of the contract which was co-financed from the European Fund of Regional Development was PLN 18.24 million.

Construction of the new overpass was preceded by disassembly of the existing one, which ceased to meet the current standards. This was quite a complex task, not only due to its structure with an arch span of 45 m, but also the necessity of ensuring continuous traffic on the rail track located beneath the overpass.

A new overpass was built in place of the disassembled one. The span is currently larger than the prior one by 17.5 metres. The basic structure is made of steel and steel arches, attached to the overpass with the use of pipe rails, constituting its additional support. The road bridge is set on two solid abutments made of red clinker brick and drilled concrete piles. The overpass was designed for class “A” load which means that vehicles weighing up to 50 tons may travel on it.

Extension of J. Wiśniewskiego Street in Gdynia, with construction of a new overpass as one of its stages, enables not only creation of a modern road system connecting the Port of Gdynia with the system of international and national roads, but also increases safety and smoothness of road traffic. 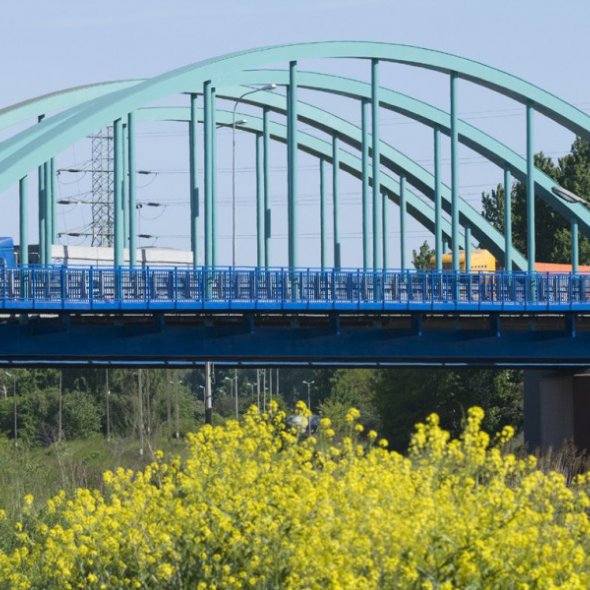 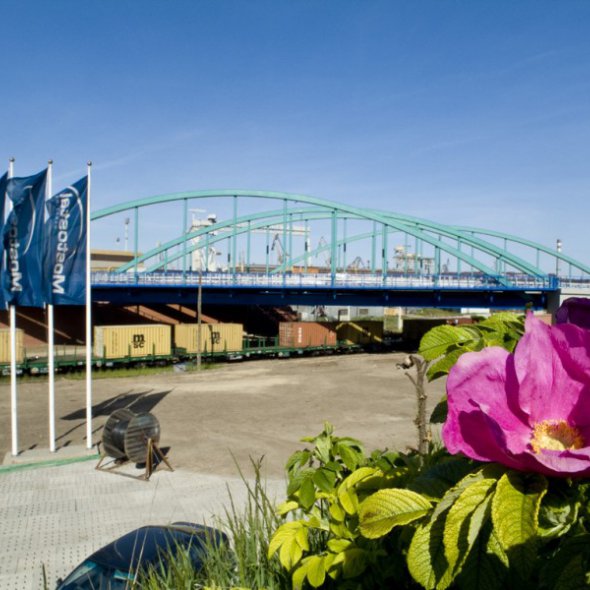 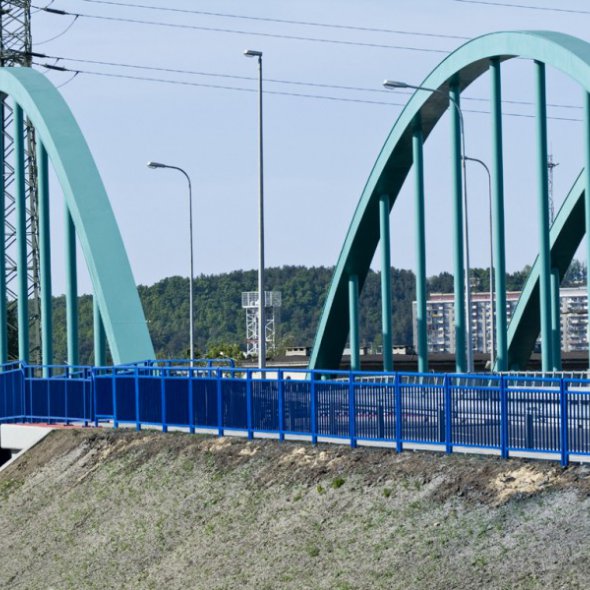 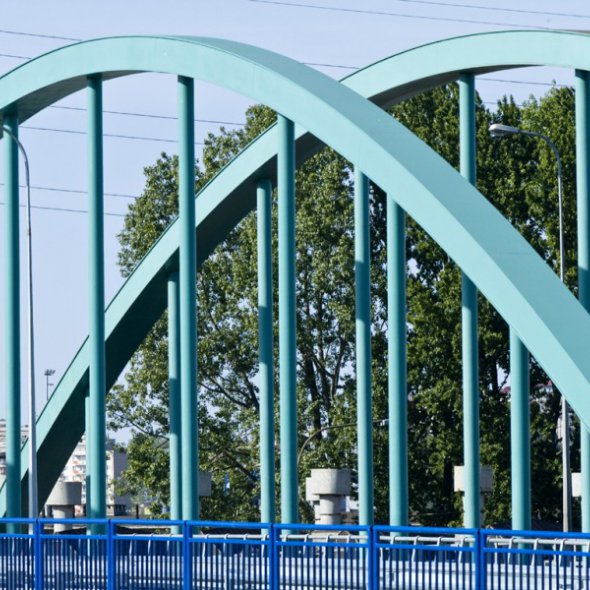 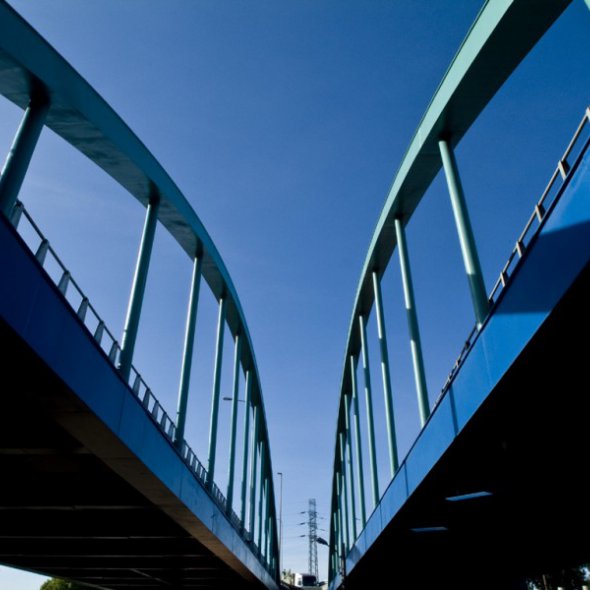 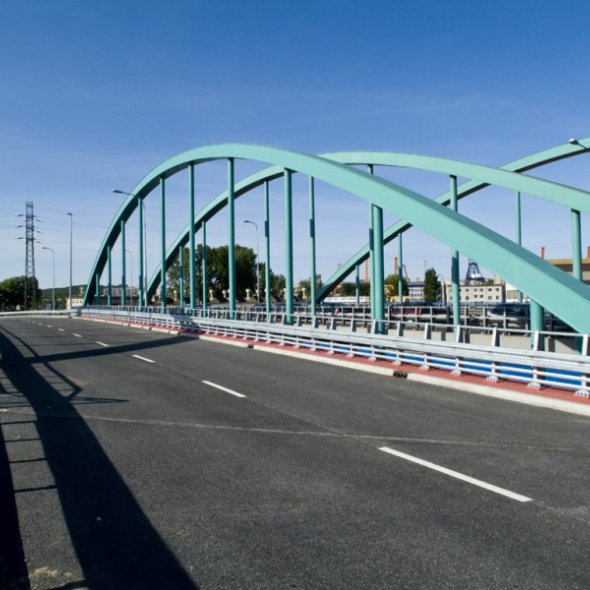 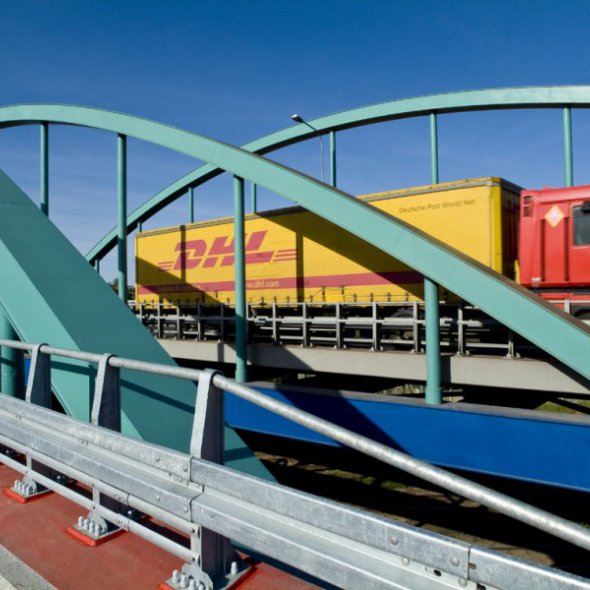