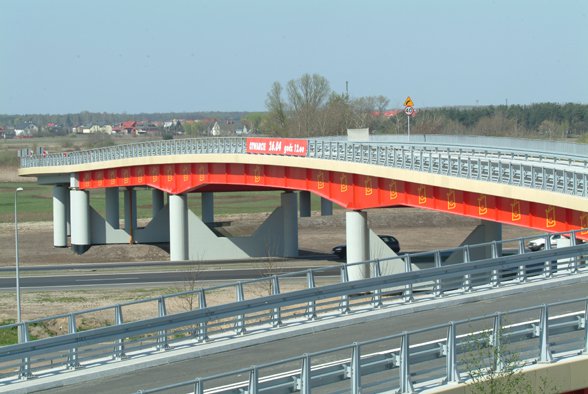 Access overpass on Toruńska Route in Marki near Warsaw

Completion and acceptance of access overpasses to the IKEA Shopping Centre in Marki near Warsaw - 26 April 2006.

The access road to the existing and newly opened part of the IKEA Shopping Centre - Targówek was accepted and opened for use on 26 April 2006. The investment includes a viaduct over a busy line of communication, a roundabout on flyovers 6 meters above ground level, and an intersection with access and exit lanes along the northern line of the Toruńska Route. The total length of the transport structures is 363 m, and the length of the retaining walls is 208 metres. All structural works on the transport structures and paving were completed within 7 months from May to November 2005. In spring 2006, work was carried out on traffic safety elements as well as land development, cleaning works and planting of greenery. The project is an important element in the expansion of the IKEA Shopping Centre on Toruńska Route in Marki near Warsaw. The viaduct improves communication in the region and facilitates movement on the exit road from the shopping centre leading to the northern branch of the two-lane highway to Warsaw. 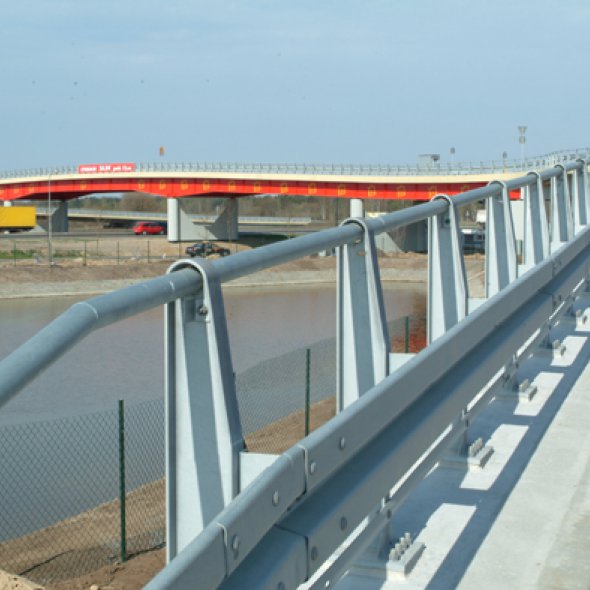 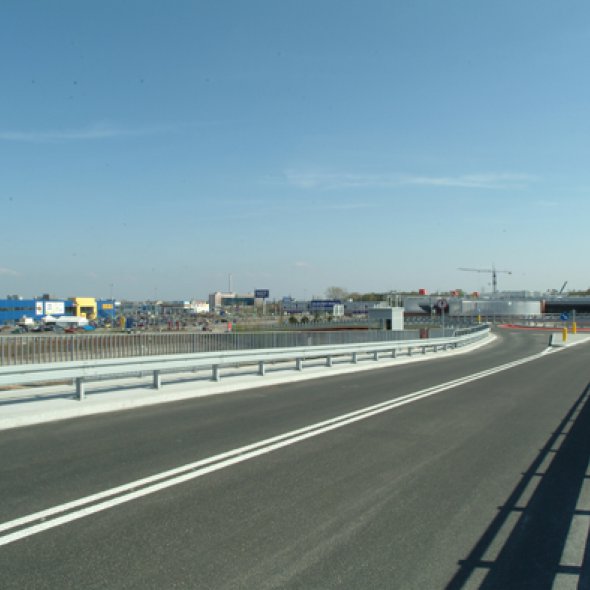