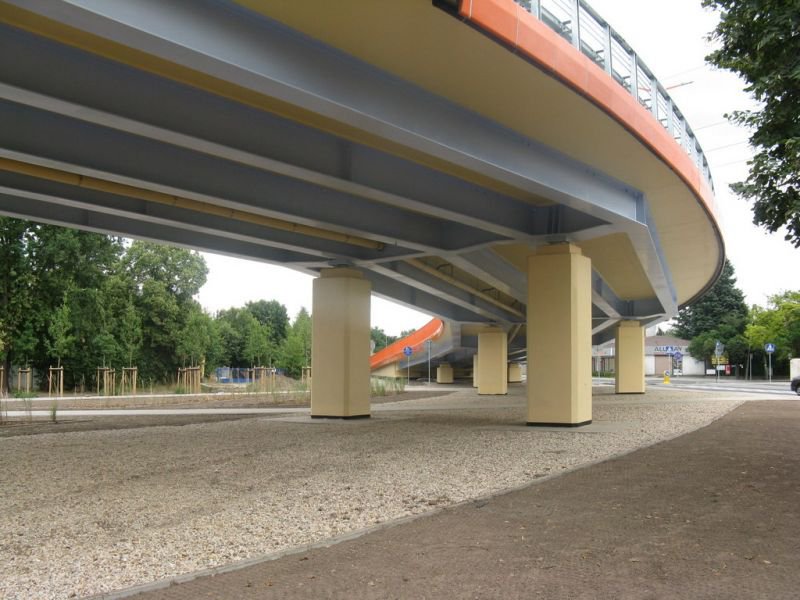 The Górczyński Viaduct in Poznań

Another investment of Mostostal Warszawa has been finished ahead of time. Today, the Górczyński Viaduct in Poznań has received an occupancy permit. Almost two months earlier than anticipated in the agreement.

The construction of the Górczyński Viaduct was almost two months ahead of the schedule. Today, the Municipal Roads Office in Poznań has received an occupancy permit for the investment. The formal contract deadline falls on the end of 30 September 2013.

When asked about the recipe for success, Mariusz Jańczewski, Site Manager of Mostostal Warszawa, said with a smile: Hard work, preparation and organization of work with a slight combination of favourable circumstances. These include, among other things, the commitment and dedication of the whole team present on site as well as colleagues supporting the investment in the Warsaw office, and the proper selection of reliable subcontractors and suppliers of building materials. Moreover, the huge kindness and support in the form of technical expertise that we received from Supervision Inspectors and the Investor himself were not without significance for the final success.

Under the contract, Mostostal Warszawa, in a consortium with Acciona Infrastructura, built the East Kosynierów Górczyńskich Viaduct in National Road No. 5 along Głogowska Street with a ramp in Rakoniewicka Street and retaining walls in access roads to the facility. The investment was carried out on the PKP Poznań-Górczyn railway line on the Warsaw-Berlin rail route.

The scope of the task covered designing and obtaining all necessary permits required by the construction law. 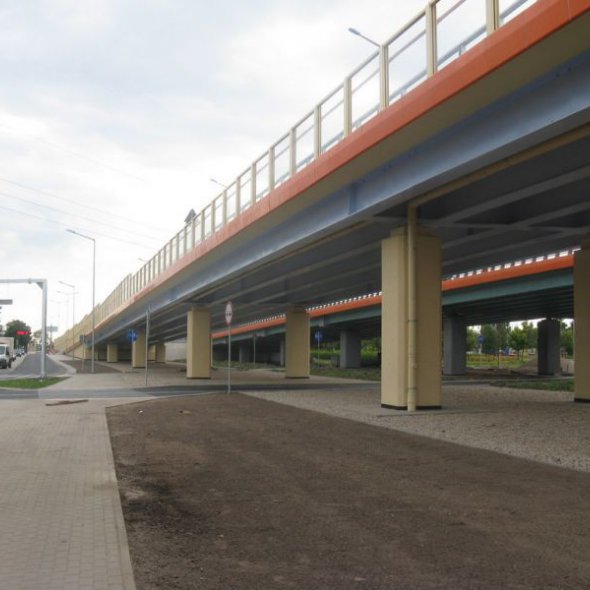 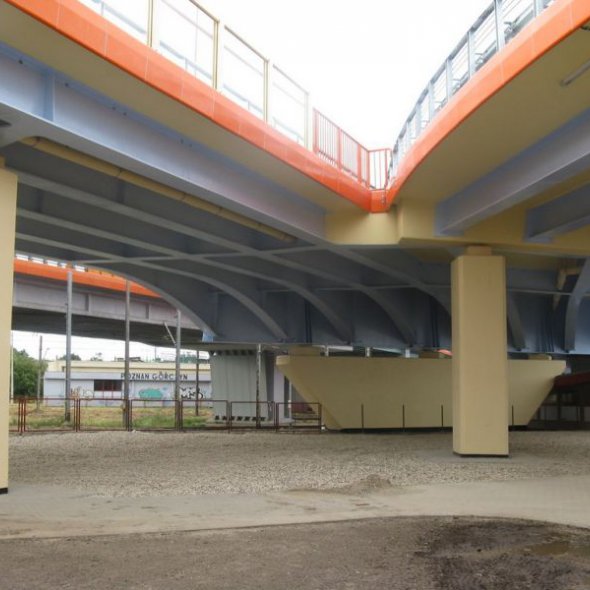