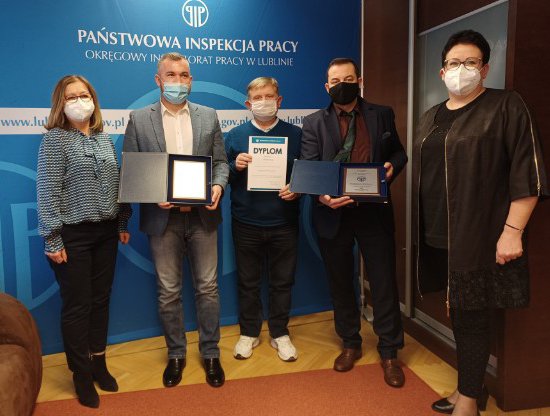 Mostostal Warszawa, together with the team for the construction of a sports and entertainment hall in Puławy, won the 2nd prize in the "Build Safely" competition.

We received the award together with our consortium member - Mostostal Puławy. 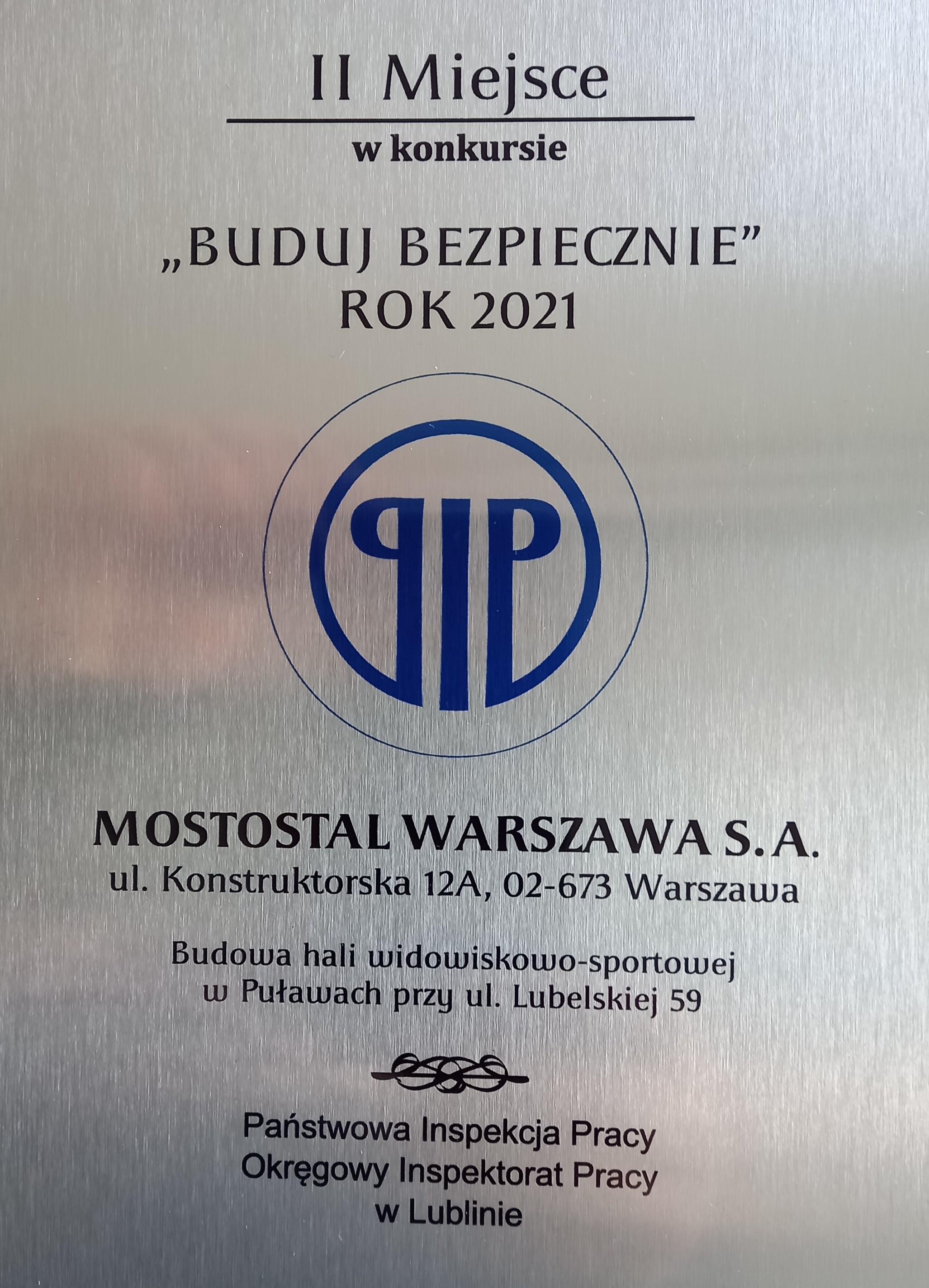 About the "Build Safely" competition

Sports and entertainment hall in Puławy

The sports and entertainment hall is the largest investment in Puławy for many years. It is located at Lubelska Street, on the site of the former sawmill, and is equipped with 1,436 permanent seats with the possibility of increasing the capacity to 3,200 seats after unfolding the telescopic stands. The facility is a place of training and playing matches for KS AZOTY Puławy handball players (bronze medalists of the Polish Championship), the weightlifting section of Wisła Puławy, and is also adapted to play volleyball and basketball matches. The facility is equipped with separate rooms for martial arts (including Taekwondo) and a gym. There are also rooms for wellness in the new hall. The design of the hall meets the requirements of international sports associations for the organization of matches on a European scale and provides adequate facilities for the implementation of television broadcasts. The concept of the hall was created as part of the work of the hall construction team appointed by the Mayor of Puławy. All interested sports circles participated in the work of the team and the final project contains their suggestions and comments on the functionality.

In addition to sports functions, the hall in Puławy is also adapted to the organization of concerts, exhibitions and fairs. In the hall, there are: a conference room, catering facilities, as well as parking spaces - 288 for passenger cars, 12 - for disabled people, 5 for coaches.

In the photo: the moment of presenting the award. Second person from the right: Paweł Półtorak, Contract Manager on behalf of Mostostal Warszawa.