We have completed the modernization of the bus depot in Tychy 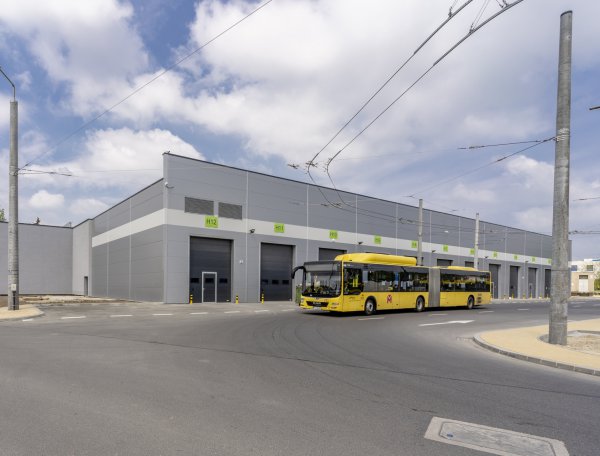 The bus depot in Tychy has been modernized and adapted to the increased, environmentally friendly rolling stock. The general contractor of the investment, Mostostal Warszawa, has completed the reconstruction of the facility.

The works included, among others sanitary, rainwater and water supply installations, traction network for trolleybuses, road system, as well as a CNG gas supply system to charging stations. The repair hall was also rebuilt through, inter alia, creation of 27 vehicle service stations (11 equipped with ducts), electrical and electronic workshops, office and social rooms, and the addition of an entrance hall with a staircase and elevator riser. After the reconstruction, the area will accommodate 166 buses, trolleybuses and minibuses.

- The development of public transport is one of the city's priorities. We are all the more happy that we could be part of this process thanks to the modernization of the bus depot. After the Municipal Stadium and the Water Park, this is another important investment implemented in Tychy, which confirms that Mostostal Warszawa is a trustworthy partner. I would like to thank the team responsible for this project for the efficient and timely execution of the task - says Rafał Kuraj, Director of the Contract Group.

The value of the contract with Przedsiębiorstwo Komunikacji Miejskiej in Tychy amounted to slightly over PLN 59 million gross. The investment is part of an EU project worth PLN 164 million, which provides for the development of public transport in Tychy. As part of the project, it is planned to purchase over fifty CNG-powered buses, minibuses, electric buses, service vehicles and technical emergency service, as well as reconstruction of the technical facilities of the bus depot.