We have completed the construction of the Zabłocie Innovation Cluster 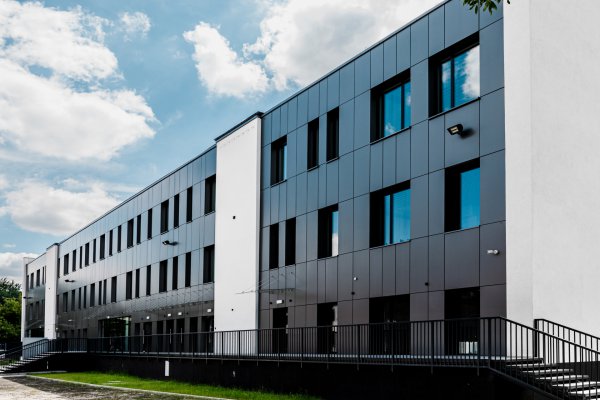 Mostostal Warszawa has completed the construction of the Zabłocie Innovation Cluster in Kraków. The facility was handed over to the City Council at the end of June 2022.

The cluster was created on the basis of two existing warehouse buildings in Zabłocie Street, in the area of railway tracks. As part of the task, design documentation was prepared, the necessary administrative permits were obtained and a thorough reconstruction with a change in the use of the buildings was carried out. Demolition work included all elements except the main structure. A new, functional layout of rooms was arranged, the building was equipped with modern installations along with a comprehensive finishing of rooms and new elevations. The area around the renovated buildings was also changed - a new traffic system and green areas were created.

- From the outset, the design and construction of this facility was carried out with the innovation and openness that a shared space is supposed to have. This presented quite a challenge, but our experienced team managed the task perfectly. I would like to thank the entire project team for their hard and efficient work - says Maciej Popiołek, Contract Manager.

Socio-Economic Innovation Cluster Zabłocie 20.22 is an idea of a common space, that is supposed to provide technical and organizational conditions for work, study or spending free time for various occupants: startups and micro-enterprises, creative groups, social organizations, residents and informal groups; anyone who is interested in developing its activity. Municipal institutions will also be participating in the functioning of the Cluster. Click to read more about the project.