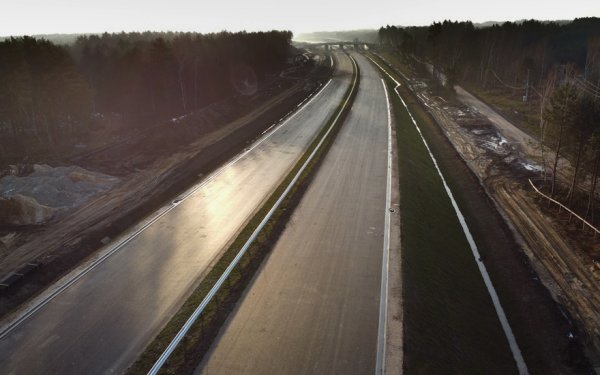 At the infrastructure construction sites of Mostostal Warszawa, we can see that winter is over. Each of them is at a different level of advancement of works, but they are connected by enthusiasm for work and timely implementation of the schedule.

Employees of the consortium of Mostostal Warszawa, Drogomex and Masfalt resumed work on the construction of the Morawica and Wola Morawicka bypass. - On the rebuilt western roadway, a leveling layer has been laid in 95 percent. In addition, work is underway on the installation of acoustic screens and the construction of access roads. It is also planned to prepare the site for paving works, strengthening slopes and ditches - says Tomasz Adamczyk, Contract Director. The investment is scheduled for completion in the first half of 2022. 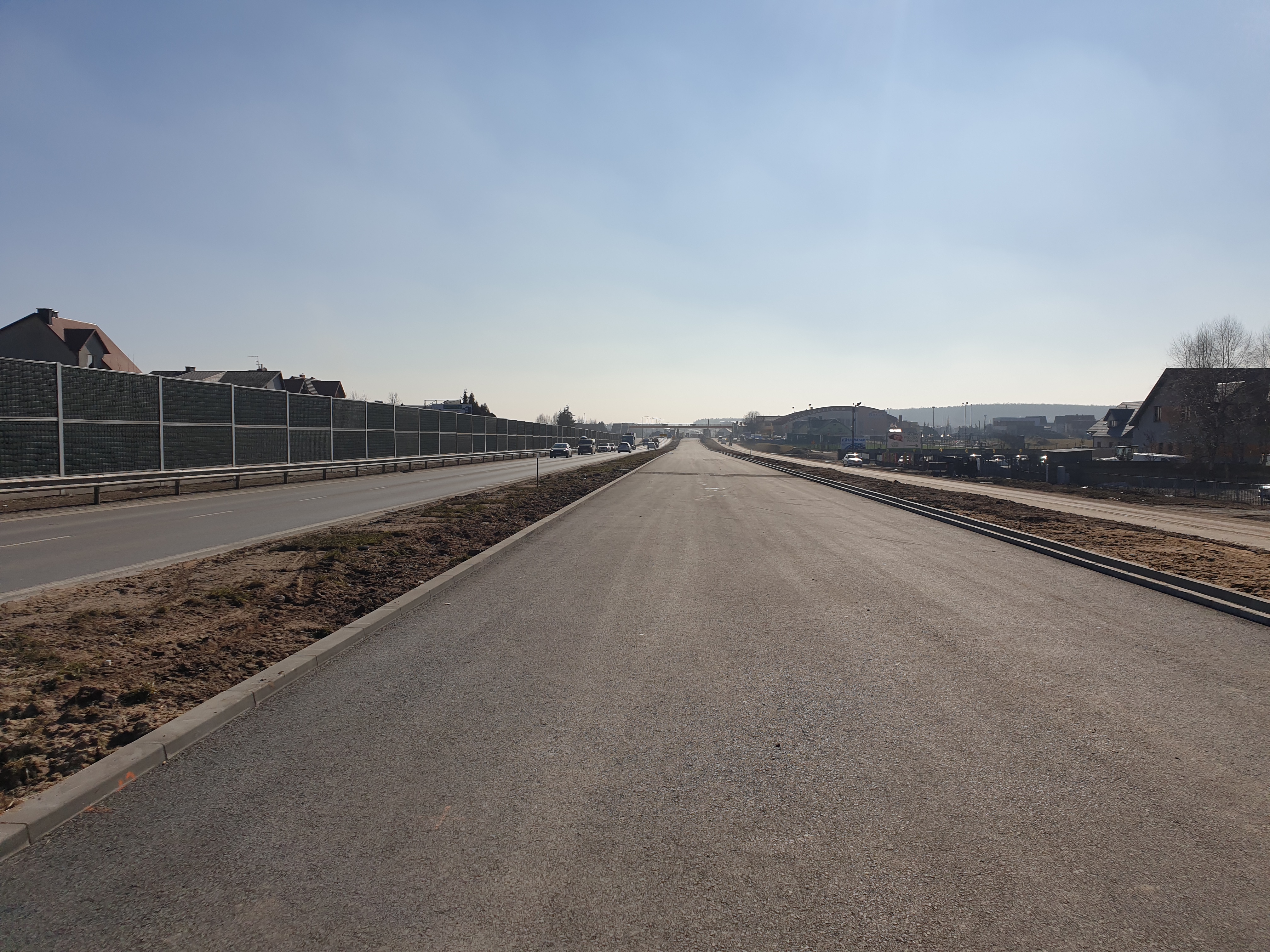 Works on the construction of the S19 Nisko Południe-Podgórze section with a length of 11.5 km are also carried out according to the schedule. - Earthworks are being carried out, which is about 80 percent advanced. Bituminous works are already being carried out over a length of approx. 5 km. Work is underway on engineering structures, including viaducts and culverts as well as passages for animals, where all load-bearing structures have already been made. Advanced bridge work is around 65 percent. We also deal with the road drainage system, where the construction of open retention reservoirs has already been completed. Finishing works and the installation of energy-intensive barriers have also started recently - says Tomasz Szepietowski, Contract Director. The road is scheduled to be put into service in May 2022. 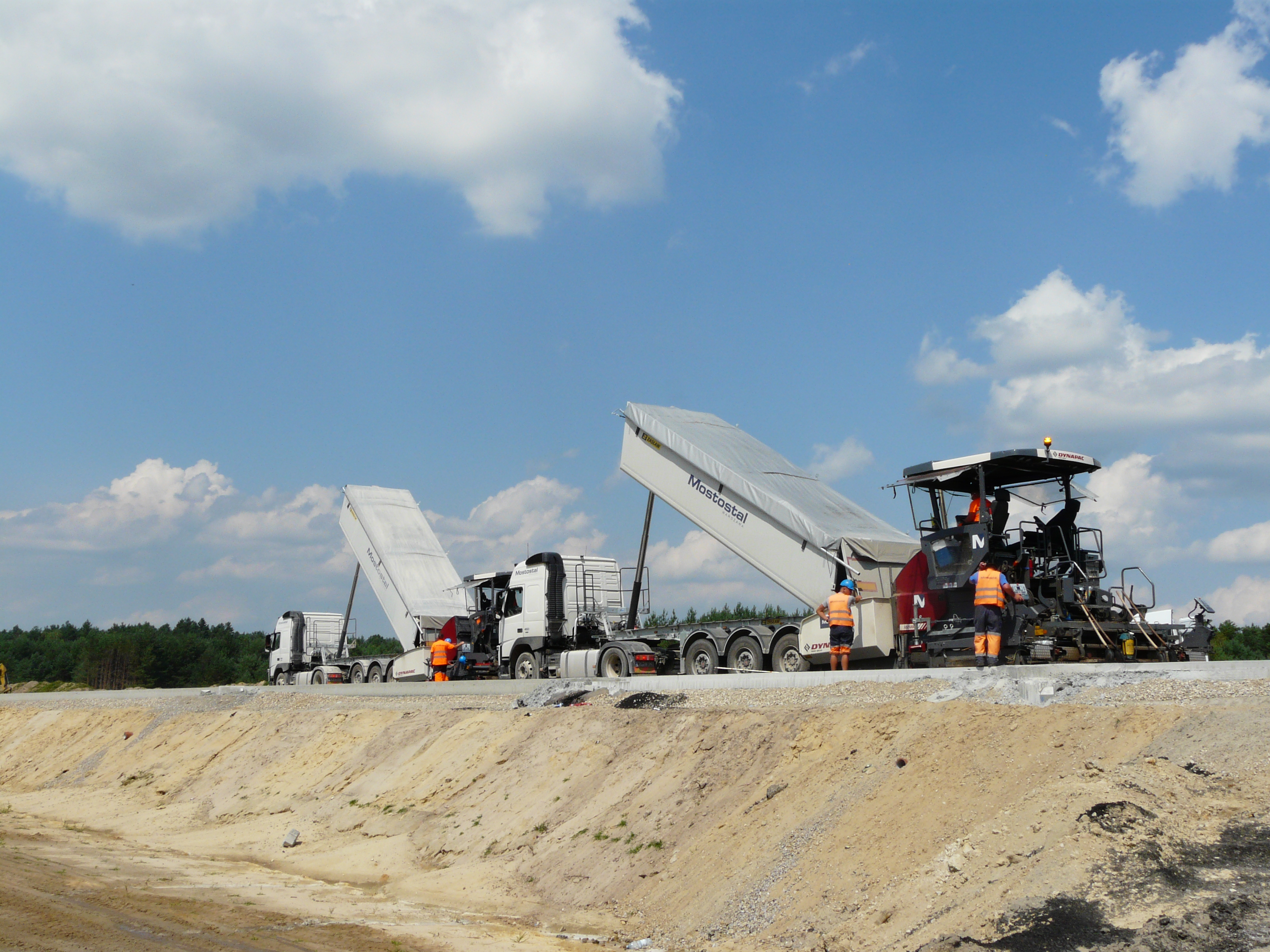 The advancement of works on the Stalowa Wola and Nisko bypass is 92.36 percent (as of the end of February). Works related to the laying of bituminous layers and aggregate paving on service roads, laying of the wearing course on the main route, marking, road safety devices and cleaning the area are in the final stage. The entire investment will also include the cleaning of the road lane and temporary activities. These works will be performed until the end of the contract, i.e. May 2021. - The acceptance of individual objects is already underway. If everything goes according to plan and the forecasted weather conditions are confirmed, obtaining a permit to use the main route is planned at the turn of April/May 2021, and the service roads - at the end of May - says Krzysztof Żmijan, Contract Director. 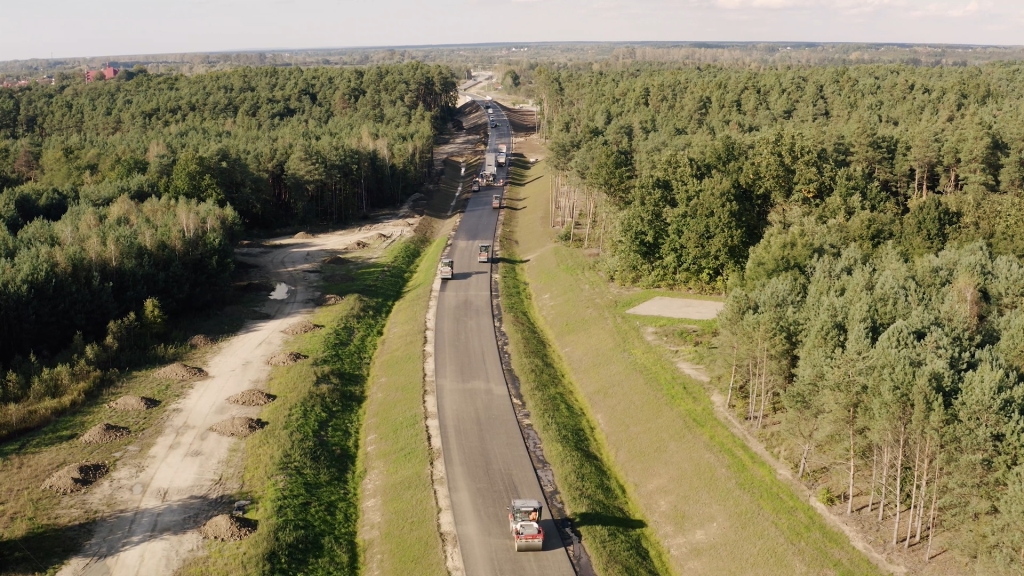 On the S61 Ełk Południe - Wysokie section, where work began in October last year, work is currently underway related to the replacement of the ground and the construction of excavations and embankments. - Bridge works are also underway, a storm water drainage system, retention reservoirs are being built, as well as power lines, telecommunication lines and drainage devices are being reconstructed - says Grzegorz Sikorski, Contract Director. Mostostal Warszawa carries out this task in a consortium with Trakcja S.A. and Przedsiębiorstwo Eksploatacji Ulic i Mostów Sp. z o.o. The works are scheduled to be completed in 2022.

After obtaining the ZRID decision, we started work on the Praszka bypass along the national road No. 45. Currently, earthworks, trees felling and road marking are carried out. The contract is scheduled to be completed by the end of 2022.

The builders of the S11 Zegrze Pomorskie-Kłanino section, who in December submitted an application to the West Pomeranian voivode for a permit for a road investment, are waiting for the first shovel to be driven in. The investment should be completed in 2023.

Currently, as part of the contract, work is underway on the development of a construction design, which is an important part of the documentation necessary to submit an application for a Road Investment Permit (ZRID). Geotechnical work is also underway to provide more detailed exploration of the subsoil. - It is currently the most important task and constitutes a great challenge for all parties of the design process due to the designed two-aisle tunnel with a length of more than two kilometers. In September 2021, in accordance with the milestone included in the contract, it is planned to submit an application for a ZRID decision - says Sławomir Barczak, Contract Director and Infrastructure Area Director. The section with a length of over 10 km is to be completed in July 2026.