The construction of the Strzyżów bypass began 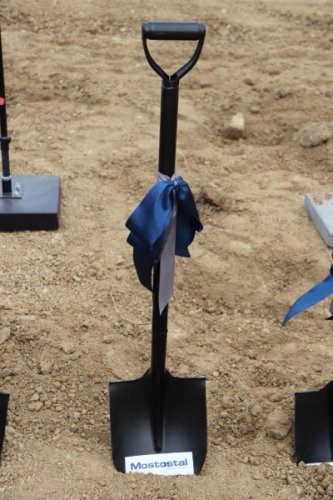 On 14 May 2018 has started the construction of Strzyżów bypass. It will be the largest financial investment realized from the Regional Operational Program of the Podkarpackie Voivodeship for 2014-2020. The contractor of the bypass is a consortium of Mostostal Warszawa and Mostostal Kielce.

The investment will play an important role for the city - it will shift transit traffic outside the city center. It is also important for the region: it will improve traffic between Babica and Twierdza. - The Strzyżów bypass means not only faster transport in Podkarpacie, but it also improves safety - says Sławomir Barczak, Director of the infrastructure department at Mostostal Warszawa.

The contractor provided for the construction single-level (roundabout) and two-level (viaducts) intersections with local roads and the railway line. In total, about 25 engineering structures will be built, including: 5 bridges over the Wisłok River, Stopnica and the Różanka Stream. - We have to liquidate four houses, at the moment the owners live in them, but never because of that there were protests - said Piotr Miąso, director of Voivodeship Roads Administration.

The construction of the bypass will cost PLN 106 million, of which PLN 90 million is EU funds. - Thanks to this investment, Podkarpacie will strengthen its position among voivodships, which make the best use of EU funds. At present, the voivodeship is in third place. It is a very high position, medal, even historical. Podkarpacie is a model not only for other provinces of the macroregion of eastern Poland, but also for such regions as Małopolska, Śląskie, and Zachodniopomorskie - said Adam Hamryszczak, Undersecretary of State in the Ministry of Investment and Development.

The ceremony was attended by, among others: Marshal of the Podkarpackie Voivodeship Władysław Ortyl, Senator Alicja Zając, Deputy Governor Lucyna Podhalicz, Undersecretary of State in the Ministry of Investment and Development Adam Hamryszczak, Deputy Marshal Bogdan Romaniuk, Councilor of the Province Wojciech Zając, Mayor of Strzyżów Mariusz Kawa, Strzyżów starosta Robert Godek and the Director of the infrastructure department at Mostostal Warszawa.

The bypass will be opened at fourth quarter of 2019. The investor is the Podkarpackie Voivodeship.