Stage II of the Przyzby-Zalesie estate completed. Another 178 flats transferred to the municipal administration 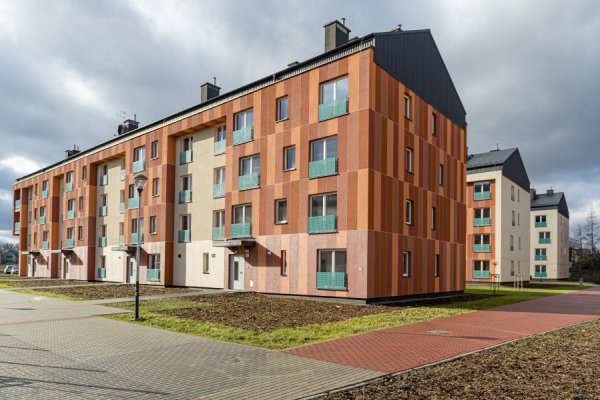 On September 14, the Municipal Investments Board in Krakow transferred 178 flats built as part of the second stage of the Przyzby-Zalesie estate to the municipal administration. The investment was carried out by a consortium of Mostostal Warszawa and Acciona Construcción.

Five blocks with a total of 178 apartments have been handed over to the Municipal Investments Management Board.

- The Przyzby-Zalesie estate is an important investment for Krakow, which was carried out by Mostostal Warszawa. After facilities such as the Kraków Główny Railway Station or numerous buildings of the AGH University of Science and Technology, we have successfully completed another investment important for the local community. It is a functional and friendly estate, the construction of which has confirmed the quality of our work - says Jorge Calabuig Ferre, Vice President of the Management Board of Mostostal Warszawa.

In December 2019, the first stage of the estate was transferred. As part of it, four residential buildings and one residential and service building with space for a nursery and a library were built. There are 179 apartments in total in 5 blocks. The road layout of the estate was also made, most of the green area was arranged, and a 165 m2 playground was also built.

- The Przyzby-Zalesie estate is the largest residential project of the Krakow Commune for many years. The implementation of the task began in autumn 2017. In total, there are 357 apartments with a usable area of ​​over 14,000. m2 with a very different size - says Łukasz Szewczyk, director of the Municipal Investments Management Board in Krakow.