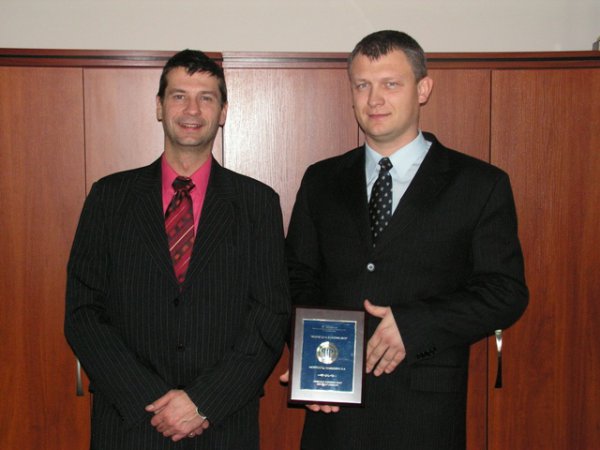 The winners were announced today at the Column Hall of the Provincial Office in Lublin. The projects that received awards included the following constructions: “extension of the operation block at the Independent State Clinic Hospital no. 4 in Lublin and delivery, assembly, and start-up of central sterilization equipment and additional equipment for 8 operation rooms and intensive care units" and "reconstruction and extension of the municipal sport and recreation center in Puławy at ul. Hauke Bossaka 1”.

The former won 2nd place and the latter received a distinction.

It should also be mentioned that Mostostal Warszawa, in a joint effort with other leading construction sector companies, became a signatory of the work safety agreement and partner of the Work Safety in the Construction Industry campaign.
We also became involved in the Respect Life – Safe Work at Height initiative by the National Labour Inspectorate.