We have started the construction of S19 Rzeszów Południe-Babica 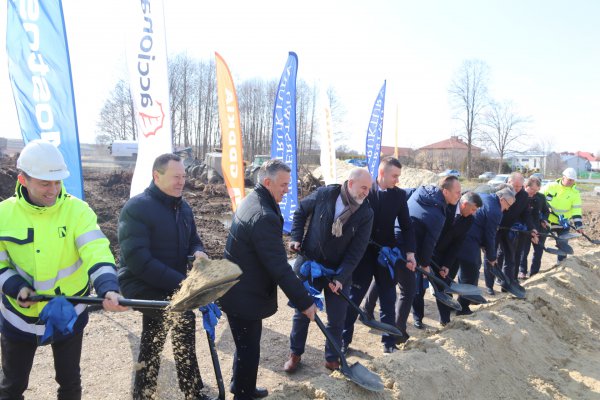 On 4 April 2022, the first shovel-driving ceremony took place on the construction of the S19 Rzeszów Południe-Babica road section. The investment is carried out by a consortium of Mostostal Warszawa and Acciona.

- This is a special investment both for Mostostal Warszawa and for the Podkarpackie Voivodeship. We have undertaken the construction of an expressway with the longest tunnel in Poland using the TBM method. It is a sign of the development we have made in recent years, as well as a confirmation of our strong position as a leading general contractor for road investments in Poland - says Jorge Calabuig Ferre.

The section to be built by a consortium of Mostostal Warszawa and Acciona is one of the most interesting and technologically challenging infrastructure constructions in Poland. The task involves the construction of a 2255-metre-long tunnel. The section will also include six flyovers, two road overpasses, a collision-free crossing over the railway line in the course of national road No. 19. Three animal crossings will be built on the section from Rzeszów to Babica. As part of the contract, the first Tunnel Management Center in the Podkarpackie Voivodeship will also be built. The investment also includes the construction of two Traveler Service Points and two landing sites for helicopters of the Polish Medical Air Rescue.

An underground tunnel over 2 km long

The tunnel will be 2255 metres long (in the axis of the route). It will consist of, among others, two tubes, which will be connected by 15 crossings and an additional emergency crossing. Each of the individual tubes will have a diameter of 12.4 metres (the boring wheel itself measures 15.2 metres).

The maximum depth of the works is over 100 metres. The tunnel will meet the most stringent requirements for traveller safety (category A according to ADR).

For commissioning and proper operation of the TBM, a power connection will be made from the 110 kV High Voltage network together with a 110/20 kV substation. The construction of a water intake with a water treatment station with a capacity of up to 1500 m3/d is also envisaged.

The technology, know-how and tunnelling equipment to be used on this project will be provided by Acciona, the company that is the majority shareholder of Mostostal Warszawa and on this Project is the partner responsible for the execution of the tunnel part.