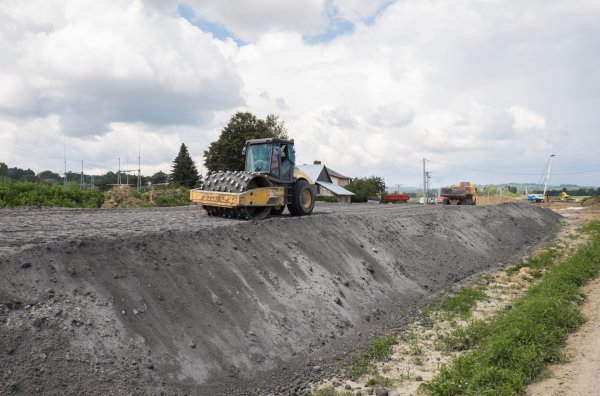 The beginning of December brought progress in the works on two road investments carried out by Mostostal Warszawa.

The Opole Voivode issued a permit for the implementation of a road investment for the construction of the Praszka bypass along national road No. 45. In turn, the Voivode of West Pomerania received an application for a ZRID decision for the section of the S11 express road from the Zegrze Pomorskie junction to the Kłanino junction.

- Both investments are implemented in accordance with the contractual assumptions. I would like to thank the Teams for their efficient design work. The time has come for the fieldwork and I have no doubt that it will be just as successful. Infrastructure projects of Mostostal Warszawa are characterized by the highest quality of implementation and it will certainly be the same in the case of these two investments important for the Pomeranian and Opole region communities - says Jorge Calabuig Ferre, Vice President of the Management Board of Mostostal Warszawa.

The S11 road connects directly Central Pomerania with Silesia via Wielkopolska. The section of Zegrze Pomorskie-Kłanino, 19.3 km long, is the first section of the S11 road, which is entering the implementation stage. The route will run largely through forest areas, south of the airport in Zegrze Pomorskie, then north of the villages of Krępa and Dargiń. South of the village of Kłanino, the road will approach today's DK11. There is a road junction where this section ends.

The Praszka bypass will be a single carriageway with two lanes with a load capacity of 11.5 t /axle. As part of the investment, 10 bridges and four roundabouts will be built. Environmental protection and road safety devices will also be built, and the technical infrastructure will be rebuilt. The length of the bypass will be 12.8 km. The new route, away from built-up areas, will ensure the comfort of transit traffic, creating a connection of a supra-regional transit road connecting the Wielkopolskie, Opolskie and Śląskie voivodeships.