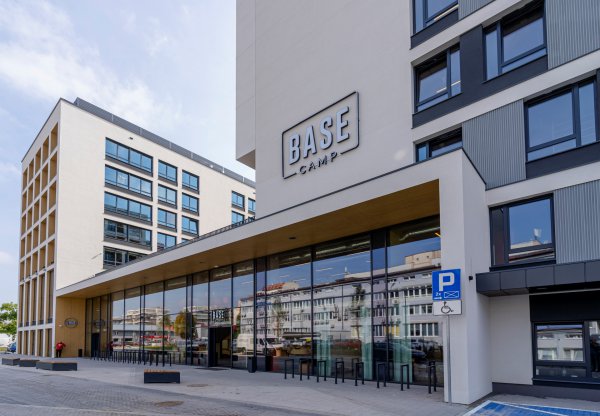 The first students can already use the new student house of the BaseCamp chain, located in Katowice. The investment was realized by Mostostal Warszawa.

On September 20, the Building Acceptance Protocol was drawn up, after which the building was officially handed over to the Investor, ST Katowice Krasińskiego sp. z o.o.

– The dormitory in Katowice is another investment, after the dormitory in Łódź, that Mostostal Warszawa has completed for the BaseCamp chain. During the works, we were guided not only by providing a comfortable space for study and living for future tenants, as well as by caring for the environment. The facility obtained the BREEAM certificate in the Hotels and Housing Institutions category. I would like to thank everyone involved in the implementation of this facility for the good work that contributed to receiving this award– says Rafał Kuraj, Group Contract Director.

The facility is located at Paderewskiego Street and has 34,000 sqm surface. There are over 700 rooms in the building, as well as an underground car park and service points. The heart of the complex is the attractively arranged and multifunctional common space, open to the green courtyard. In April 2021, the investment received 63.4 points in the BREEAM certification, which gave it the "Very Good" level. BaseCamp Katowice was certified as the second housing institution in Poland. Click to read more about the investment.