Mostostal Warszawa in the jubilee conference in Otwock 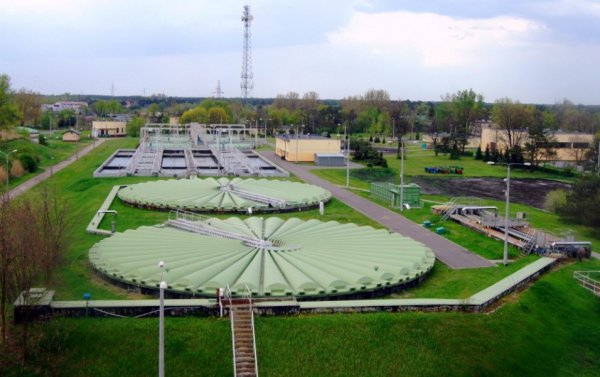 This year the Otwock Water and Sewerage Undertaker (OPWiK) is celebrating the tenth anniversary of its operation. The jubilee celebrations comprise a conference related to a modernisation of sewage treatment in Otwock, the participants of which included the management of OPWiK and representatives of companies carrying out modernisation works on the plant premises. The partner in this event was Mostostal Warszawa assigned as general contractor of reconstruction and renovation of the facility.

The 10th anniversary of operation of Otwock Water and Sewerage Undertaker and the modernisation of the sewage treatment plant in Otwock are two reasons for which on 12-13 October a conference was held under the honorary patronage of the President of the City of Otwock. The objective of this event was to present the scale of modernisation undertakes in the Otwock sewage treatment plant and advantages ensuing from it for the local community.

The conference was started by a lecture concerning development directions of settlement economy in Poland given by professor prof. Marek Gromca, PhD, academic lecturer, member of the Environment Engineering Committee of the Polish Academy of Sciences. Artur Soczewica, Director of the Central Division, and Waldemar Giedrojć, Contract Manager, spoke of the experience of Mostostal Warszawa related to environment protection and engineering and construction works, which are executed by the company for OPWiK. Following the lectures distinctions have been handed out connected with the jubilee of the company, and also a formal Gala was held with the participation of the President of the City of Otwock. During the second day of the conference, a trip is planned to the sewage treatment plant.

“Modernisation of the treatment plant in Otwock will comprise the construction of new facilities and the reconstruction of the existing ones. The Otwock Water and Sewerage Undertaker has already been implementing modernisation work on the treatment plant premises for years, and the outdated equipment has been replaced successively to streamline the biological processes of sewage treatment. We approach the implementation of the task entrusted to us with great involvement because the effect of our works will become transposed onto better environmental conditions, as well as further development of the enterprise. I am convinced that the inhabitants will benefit from all that as well” – said Artur Soczewica, Director of the Central Division of Mostostal Warszawa.

The sewage treatment plant in Otwock provides services to four communes, i.e. areas inhabited by 96 thousand inhabitants. The necessity of modernising the equipment and the introduction of optimum solutions is related to the increase in the amount of discharged sewage.

“The modernisation project will also include works in the sewage and sediment premises. Facilities subject to renovation comprise among others closed digestive chambers, sludge dewatering facility and the main pumping plant with the grilling. A part of technological, water supply and sewerage, lighting and control installations will be rebuilt or are going to be built from scratch. We are also going to build a pumping plant supporting the elimination of initial sludge and sludge evacuation premise as well as roads and squares – added Waldemar Giedrojć, Contract Manager of Mostostal Warszawa.

Achievements of Mostostal Warszawa comprise diverse investments in the field of construction and environment protection. The company has executed tasks related to water supply and sewage disposal activities among others in Warsaw, Wałcz, Nowy Sącz or Kędzierzyn-Koźle. Concurrently with the modernisation of the treatment plant in Otwock, Mostostal Warszawa will be implementing modernisation of sewage treatment plant in Krosno.