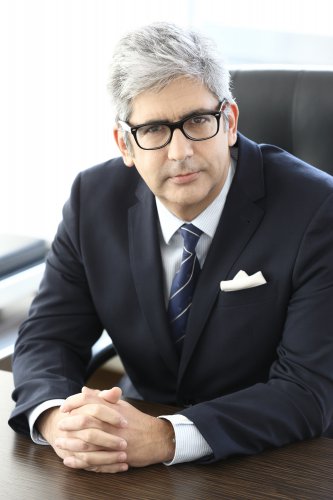 The financial debt maturity profile of the group is very beneficial because bank loans and leasing account for only PLN 12.6 million. Corporate debt in relation to Acciona (PLN 211 million) was reduced by PLN 18.4 million compared with December 2014 and for part of this, PLN 78.5 million, the maturity has been extended to 2017. The Group generated positive cash flows from operating activities in the amount of PLN 84 million and PLN 3 million from investment activities. This reduced financial debt by PLN 32 million and as a result cash increased by PLN 55 million compared to the end of 2014.

Consolidated turnover in the first half of 2015 amounted to PLN 576 million and compared to the first half of 2014 increased by 7.9% (excluding the turnover of companies sold in 2014), and EBITDA reached PLN 51.2 million, which represents 8.8% of revenue. Profit before tax was PLN 13.3 million, while net profit amounted to 10.4 million (12.6m and 9.4m in the same period last year). As at June 30, 2015, the equity of the Mostostal Warszawa Group amounted to PLN 201m, while employment in the Group stood at 1,466 employees and was lower by 26 people compared to December 31, 2014. At the end of the first half of 2015, the order book was at the level of PLN 2.73 billion. The contract at the power plant in Opole is proceeding according to the established schedule and its advancement is at 14%.

The improved financial results meant that Mostostal Warszawa Group extended its cooperation with financial institutions by increasing guarantee lines, enabling the acquisition of new contracts in sectors such as general construction, infrastructure and energy. From the beginning of the year, the group has increased its guarantee lines for construction contracts by PLN 93.4 million.
In the last year the share price of Mostostal Warszawa increased by over 200%. The company maintains positive expectations for 2015.