The Elbląg Canal in the final of Modernisation of the Year 2015 competition! 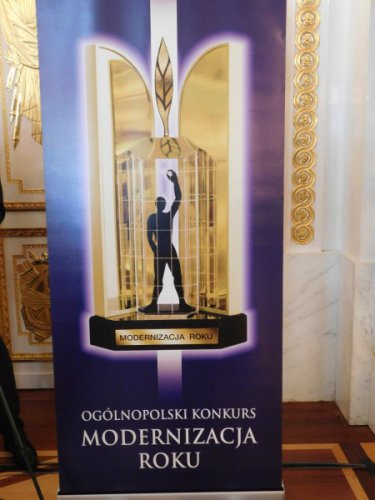 The Elbląg Canal – historic monument of international importance – revitalised last year by Mostostal Warszawa was nominated to the final of Modernisation of the Year 2015 competition and got a distinction in the category ‘sport and leisure’.

Modernisation of the Year is a competition organised continuously for the past 20 years to recognise the best Polish accomplishments in the area of revitalization. The scope of this competition is growing each year as it does the number of declared historic monuments. The Elbląg Canal received the distinction in the category ‘sport and leisure‘. It was also nominated in the online plebiscite in the category ‘industrial and engineering facilities” among:  waterway Świnoujście-Szczecin, tram depot Pogodno in Szczecin and project of improvement of the quality of transport services on the section Zawiercie – Dąbrowa Górnicza Ząbkowice – Jaworzno. Also, the Cultural and Congress Hall Jordanki which is a project realized by Mostostal Warszawa, received a special award in the competition.

Maciej Sasak – Director of the North Region and Paweł Półtorak – Contract Manager, members of the team realising this project, represented Mostostal Warszawa at the celebration.

– As every historic monument, the Elbląg Canal needed to be renovated. The revitalization started in 2011. We performed architectonical and construction, hydro-technical, mechanical and technological works. It was a total renovation of the five historic slipways: Buczyniec, Kąty, Oleśnica, Jelenie and Całuny. All this effort to improve the functionality of the canal, improve sailing conditions and ensure safety for the users. The revitalised canal was officially opened 29th May 2015. It is another project of Mostostal Warszawa which makes us very proud – said Maciej Sasak, Director of North Region of Mostostal Warszawa.

One of the seven wonders of Poland

The Elbląg Canal is the longest sailing route in Poland and an engineering masterpiece.   It marked out the victory in the Well-Cared for Monument (Zadbany Zabytek) competition organised by Ministry of Culture and National Heritage or the title Construction of the Year 2015 awarded by the Polish Federation of Engineering Association with the cooperation of Ministry of Infrastructure and Development and General Office of Building Control.

Originally the Elbląg Canal was designed by Georg Jacob Stencke in order to shorten transport of goods. The designer made sure that ships could both operating on the water and on land where ships are carried up by carts on the ramps. This is a reason why this monument is considered a unique phenomenon on the global scale, and for many years has been also considered one of the seventh wonders of Poland among Wieliczka Salt Mine and the Toruń Old Town.

Mostostal Warszawa as a general contractor of the Elbląg Canal revitalization contributed significantly to the success of the facility. The renovation of this land-water route hundred and fifty years old was made according to the project design of Nitras Proconsult PBP. Over 2,5 years Mostostal Warszawa realised a capital refurbishment of the five historic slipways, four locks, and also performed hydro-technical works such as purging and reinforcing shoreline  of some sections of the Elbląg Canal. The building of the Chamber of  the Elbląg Canal History in Buczyniec was also renovated in the scope of the contract.

Congratulations to the team for the success!