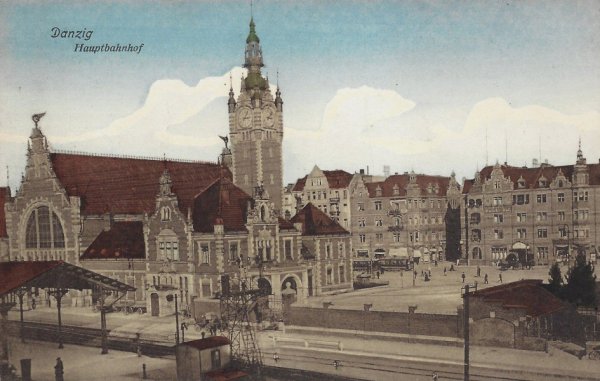 120 years ago, the first trains stopped at the station in Gdańsk. On October 28, 1900, the facility that is now known as Gdańsk Główny was opened. The area of ​​the historic station building is being modernized by Mostostal Warszawa.

The station is entered in the register of monuments, and is located within the urban layout of the historic city of Gdańsk and within the archaeological site of the medieval Gdańsk’s Old Town. The reconstruction of the station is aimed at restoring the original condition of the building, i.e. the architectural form of the facade and roof, renovating the steel window frames located in the hall together with the glass filling in the form of stained glass, restoring the historical layout of parts of the facilities as well the passenger hall colours restoration In addition to the reconstruction and renovation of the main station building, there are also plans to rebuild and expand the communication part connecting the station with existing urban tunnels and platforms.

- The contract that has just been signed for the reconstruction of the historic Gdańsk Główny Railway Station confirms the position of Mostostal Warszawa as the key general contractor for comprehensive and unique investments in the general construction area. Gdańsk Główny will be the third station after successfully executed  projects in Gdynia and Krakow, the modernization will be carried out by our company - said Jorge Calabuig Ferre, Vice President of the Management Board of Mostostal Warszawa during the agreement signing.

The gross value of the contract with the Polish State Railways is PLN 99.6 million. The planned completion date is December 2021.

In the photo: The railway station in Gdańsk in 1916. Source: fotopolska.eu