Heat energy directly from the nature 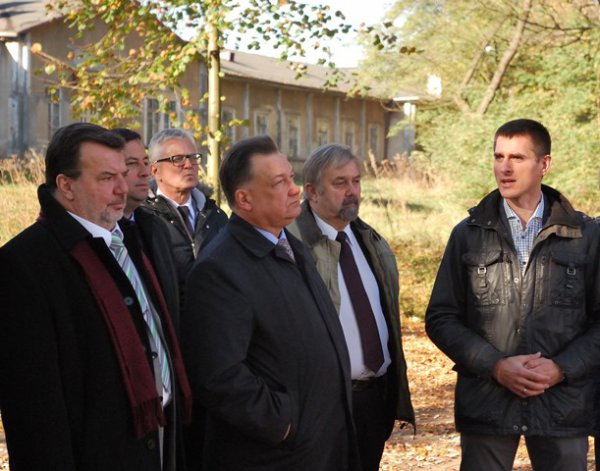 The first in Poland and one of the few European seasonal thermal energy stores has been put into operation at the Drewnica Mazovian Psychiatric Center in Ząbki near Warsaw. The so-called STES was built by the Research and Development Department of Mostostal Warszawa under the EU-funded EINSTEIN project. It is yet another project by Mostostal Warszawa aimed at developing innovations in construction engineering.

"The hospital will now use renewable energy sources. In the heating season, it will use the solar power collected and stored during the summer in the recently commissioned STES. This the first project of this type completed in Poland and one of the very few in Europe. Along with the store, a set of solar collectors, a power grid and a hydraulic system were built and installed. The boiler room was modernised and a prototype heat pump was installed," says Juliusz Żach, Mostostal Warszawa R[&]D Manager.

The 800 m³ reservoir is capable of collecting approx. 167.6 GJ of energy in the spring and summer seasons. It is 8 metres tall and 14 metres in diameter, including the insulation. It is separated from the ground by foam glass to eliminate the escape of heat into the ground. By connecting the reservoir to the solar system, which has a total area of 150 m², heat energy is collected from the environment in an emission-free way. The use of the heat in the building is possible thanks to a properly adjusted boiler-room system and the application of a prototype heat pump operating with the use of state-of-the-art R245fa cooling agent. Therefore, the reservoir constitutes the lower source of heat for the device. The pump's approximate peak power rate is 120 kW meeting the building's demand even at extremely low outside temperatures. The nearly 150-metre long connection between the reservoir and the building was made using Horizontal Directional Drilling technology underneath another hospital facility protected by the heritage conservator. During the work, the stresses within the building structure were measured to verify that the structure will not be damaged. It is estimated that the system will meet the building's 60% heat energy demand for heating purposes. The entire system is fitted with a well-developed monitoring system to allow for complete and detailed power efficiency analyses.

Towards the end of October of this year, a commemorative planting of a tree took place at the Drewnica Mazovian Psychiatric Center near the newly erected STES. Adam Struzik, Marshal of the Mazovian Region, planted a tree to mark the completion of the prototype- system construction work.

The low-energy heating system's main features include:
• Very low primary energy consumption due to the application of renewable energy sources and energy storage technologies. 70% reduction in primary energy consumption in comparison with the building's original condition prior to modernisation, thereby allowing new low-energy buildings to be designed;
• Option to transform the existing buildings into low-energy buildings due to the lack of energy saving limitations – large-size energy collector and reservoir systems provide an option for improved reduction of primary energy consumption;
• Use of renewable energy sources and at least 50% of the solar energy collected reaching the collectors;
• STES and heat pump combinations. STES systems are already used in a few pilot systems across northern Europe (but without connections to heat pumps). Standard boilers are applied in these systems in combination with solar collectors. Heat pump connections are much more effective than conventional boiler connections and they allow energy efficiency to be increased by 20%, primary energy consumption to be cut by 35% and costs to be reduced by 25%.

Mostostal Warszawa SA – leader in engineering concepts
For years, Mostostal Warszawa SA has been a pioneer in construction innovation. Eight years ago, it founded its own research and development department as the only company in the entire Polish construction sector. Currently, it employs several specialists in fields such as: construction, sanitary engineering, electronics and material science. They cooperate with major research units in Poland and abroad. We are aware of the fact that by supporting new technologies we are investing in both the company's and Poland’s engineering capabilities.