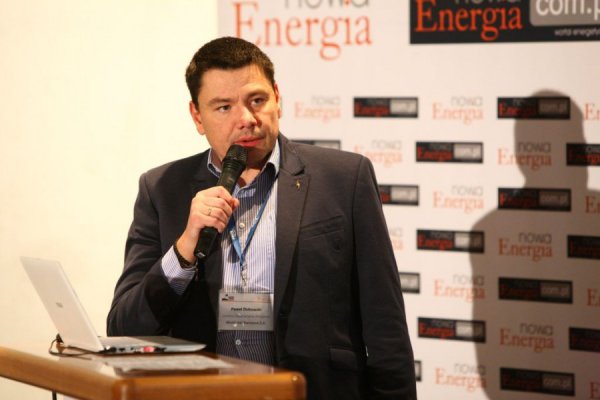 For the fourth time, experts on energy attended Technical Conference in Kazimierz Dolny which was held on 23-25 November this year. The main issue of the meeting was a construction of supercritical power units – the same that are rising in Opole Power Plant with Mostostal Warszawa on the erection site. Among speakers was Paweł Żbikowski, Director of Department of Energy at Mostostal Warszawa and Director of Project Opole.

The conference in Kazimierz Dolny gathers a group of top specialists every year. The meeting is addressed to representatives of the management and engineering staff of energy enterprises, specialists for strategy and development and implementation of new technologies, companies that deliver technology, institutions and technical universities interested in the topic. The partners of the event were respected organizations and companies featuring: the Office of Technical Inspection (UDT), EPK, Enea and Mitsubishi Hitachi Power Systems and Center of Energy (contents partner). Dr hab. inż. Marek Ściążko, the professor of AGH, hosted the debate.

During the meeting was made a special emphasis on such issues as e.g. requirements and technical concepts of subcritical units, modern technologies and materials used in its construction or problems regarding quality of performance and delivery of parts of subcritical units. In addition, the following topics were discussed: reconstruction of generation capacity of the National Power System, investment experiences (including a construction process as well as management of the contract), and how to reduce the risks emerging from use of technical systems. The two-day conference ended with a visit to the Kozienice Power Plant in Świerże Górne which organized Nowa Energia.

The Technical Conference in Kazimierz Dolny, as well as similar events, constitutes a great opportunity to exchange knowledge and experience between experts in the field. It is worth highlighting a special role of Mostostal Warszawa in this meeting, thus, company is a general contractor of the largest energy contract in the country and possesses a special understanding of issues which were discussed during the conference.

‘The project presents organisational and technological inconveniences. The construction site covers an area of 4.5 ha and the construction backup facilities are up to 1 000 containers. Five thousands of people is working every day on the site. The scope of works of Mostostal Warszawa encompasses, among others, delivery and assembly of over 50 000 tonnes of steel structures which are produced by different manufacturers. In each plant, we must ensure a high-quality inspection. At this point, we are finishing most of the reinforcing works. We’ve completed the concreting of the foundations for boilers, pylons and ash containers. Now, we are focused on the assembly works. For example, we’re in the middle of assembly of oil system and compressed air system. At the same time, we’ve started preparations for a pressure trial of the boiler no. 5’, concluded Paweł Żbikowski.

Construction of power units in Opole Power Plant is realized by a consortium featuring:  Mostostal Warszawa, Polimex-Mostostal, Rafako and GE Power. The contract value is PLN 11,5 bn. Works are progressing as planned. The first unit is to be commissioned in June 2018 and the second one – in February 2019. According to the data, the construction was 62% advanced at the end of October.

Subcritical parameters of power units no. 5 and 6 in Opole Power Plant: