Discussion on road infrastructure with members of the parliament 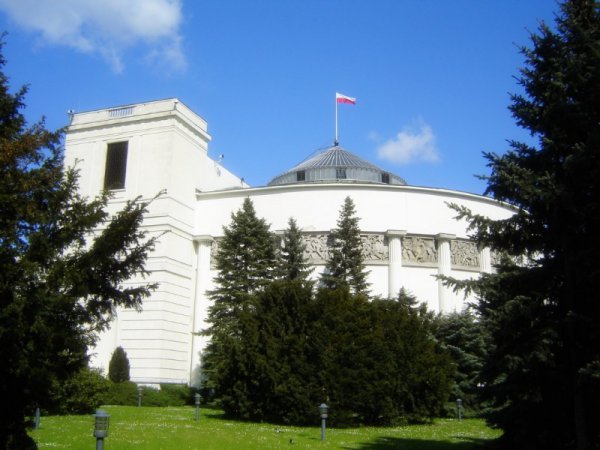 On 10 October a permanent subcommittee on road, road and aviation transport gathered in the Sejm to discuss the construction of Polish roads. The meeting was held with the participation of the Polish Chamber of Commerce for Roads, GDDKiA, Ministry of Infrastructure and Construction and representatives of road construction companies. At the invitation of the member of the Polish parliament, Andrzej Goławski, President of the Management Board of Mostostal Warszawa and Sławomir Barczak, Director of the Infrastructure Area, took part in the meeting.

The October meeting of the permanent subcommittee on road transport, road and aviation has been opened by the presentation of the report on the condition of Polish road companies in 2016 made by Barbara Dzieciuchowicz, President of the Board of the Polish Chamber of Commerce for Roads. The overview included the market situation, the increase of prices of materials, problems with employment, contract terms. The presentation was an introduction to the topic of the main discussion, that is, the participation of Polish road construction companies in the process of building roads in Poland. Members of the subcommittee, there were also representatives of over twenty Polish companies. On behalf of Mostostal Warszawa, Andrzej Goławski, President of the Management Board of Mostostal Warszawa, together with Sławomir Barczak, Area Infrastructure Manager, participated in the subcommittee meeting.

‘The infrastructure market is currently one of the most attractive segments of Polish construction. Mostostal Warszawa is currently involved in several infrastructural proceedings. We have heard that at the stage of drafting tenders there are investment projects worth PLN 50 billion, which creates specific development prospects for Polish companies. It is encouraging that the government is looking for new ways of financing. The Ministry of Development is currently investigating the possibility of introducing public-private partnership projects that would replace the EU funding in the future’, said Andrzej Goławski, President of the Management Board of Mostostal Warszawa.

Public administration has long declared openness to the road industry and a willingness to engage in dialogue, as also emphasized Jarosław Waszkiewicz, the Director of the Public Roads Department at the Ministry of Infrastructure and Construction, and Jacek Gryga, Deputy General Director of National Roads and Motorways.Co-operation between the ministry and the industry has been successful and the public institutions declare to be open to further dialogue.

‘The recent tenders of the GDDKiA have already seen a significant impact of the amendment of public procurement law, as well as changes that have been worked out jointly with the industry within the Council of Experts at the Ministry of Infrastructure and Construction. One of the newly introduced standards is the contract terms that take into account the risk matrix. The change is very necessary, which maintains a fairer division of responsibility between the contracting authority and the contractor’, said Sławomir Barczak, Director of Infrastructure Area Mostostal Warszawa.

In July, the government updated the National Road Construction Program for the years 2014-2023 by increasing the financial limit, which will enable the realization of new sections of express roads and motorways, especially in Eastern Poland. According to the data presented during the meeting, the level of funding from the National Road Fund is stable and amounts to PLN 10-15 billion per year. The supply of the projects is to be maintained in subsequent years.