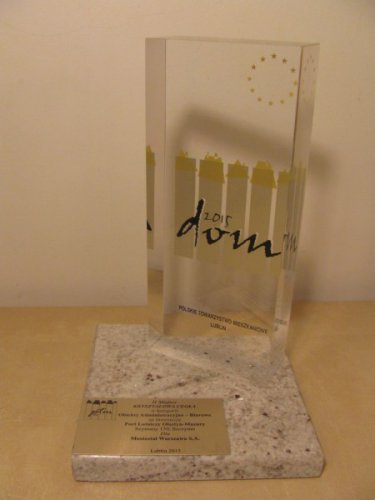 Mostostal Warszawa received two awards in fifteenth edition of Cristal Brick Competition for the construction investment project on both sides of European Union’s eastern border. We've got first place in category Health facilities for expansion of operating theatre in Lublin and the second in category The administration and office building for passenger terminal in Szymany.

Cristal Brick competition is organised by PTM Lublin and the international comittee has the right to select awards winners. The main objective of the event is to stimulate economic and civic activitiy  of Eastern Europe’s regions by promoting and documenting of the regional infrastructure, building and architecture development. The competition is to improve quality and construction aesthetics as well as restoring cities to its splendor in order to keep Europe’s cultural heritage.

During award ceremony which was held on 11 December 2015 in congress hall of University of Life Sciences in Lublin particular Polish investments, and project from Belarus and Ukraine, were awarded in 11 categories.