From the site: we have increased the pace of work on S11 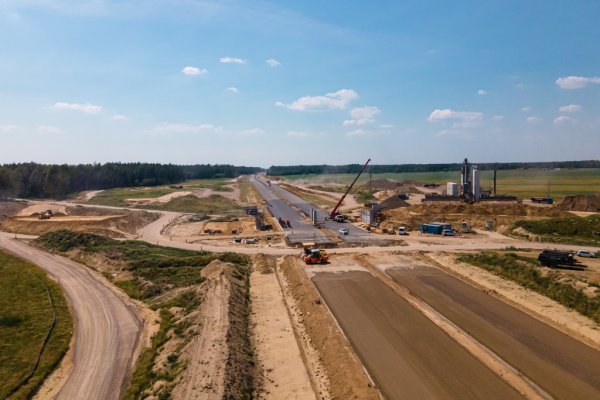 Intensive work is underway at the construction site of S11 Zegrze Pomorskie-Kłanino to construct the pavement. The investment, carried out by Mostostal Warszawa, is 57% advanced.

- Our works are progressing according to the schedule. A well-coordinated team of our construction site copes well with emerging challenges - says Bartłomiej Serwatka, Contract Director. - Good cooperation with factory of bituminous masses allows for efficient implementation of works related to the execution of pavements.

About the progress of work

Work is underway on all bridge structures. The crossings for small animals are in their final stages. Of the 12 large structures (viaducts and bridges), two are undergoing work on supports, the rest are constructed structures, and four have already had cornice boards, curbs and concrete covers. Currently, backfills are also made, together with reinforced soil retaining walls.

In industry works, a rainwater sewage system is being completed (95%), a technological sewer (27%) is being built, as well as a water and sanitary sewage system at the MOP.

Paving works and general construction works have begun on the toilet buildings at the MOP.

The section S11 Zegrze Pomorskie-Kłanino starts after the Zegrze Pomorskie junction (which will be built as part of the Koszalin-Zegrze Pomorskie section). The route runs largely through wooded areas. The road runs south of the airport in Zegrze Pomorskie, then north of the towns of Krępa and Dargiń. South of Kłanino, the road approaches today's DK11. There is a road junction after which this section ends. In the vicinity of the town of Dargiń, the construction of a Travelers Service Area (MOP cat. I) is planned. The S11 road in this section runs entirely on a new route.