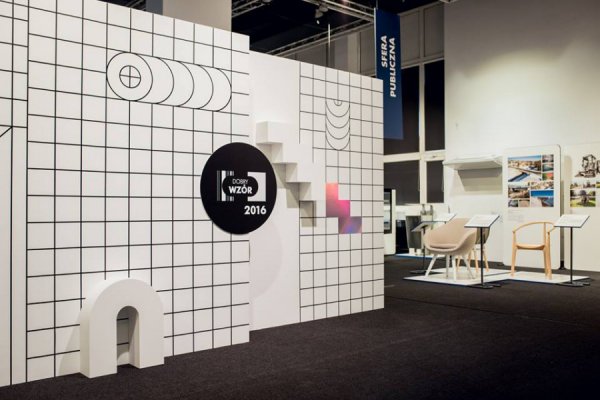 Road composite bridge reached the highest trophy in the Good Design competition – it received the title of Product of the Year 2016. It is one of three main special awards of this competition and tihe best proof of appreciation for the bridge of Mostostal Warszawa which not only meets the requirements of good industrial designing but also is the most innovative Polish product. The results of the competition were announced during award ceremony which took place 20 October in the headquarters of the Institute of Industrial Design (IWP) in Warsaw. The event attended representants of Research and Development Department at Mostostal Warszawa: Juliusz Żach and Lech Własak.

136 products were qualified for the finals. This years’ edition of the competition received also the record number of submissions. Thus, 222 products and services were enlisted. The winning solutions were selected throughout the independent pattern-designing monitoring, the only one across the country. Composite bridge of Mostostal Warszawa was in competition with 11 products in the category ‘public area’ and it was unrivaled as received the title of the Product of the Year 2016. This is a special recognition for the most innovative Polish product which is awarded by the Industrial Development Agency, the strategic partner of the event. The awards were given in 8 more categories such as e.g. service, new technologies, new production materials, transport and communication. Nominated for the award were such products as e.g. Mazda MX-5 car, push-pull train Sundeck (PESA), electric locomotive E4MSU Griffin (NEWAG),  panels photovoltaic Liberta Solar (Ruukki), educational robot Photon.

Bridge of FRP composite in Błażowa was created in cooperation between the science and industry. Apart from Mostostal Warszawa (leader of the consortium), Rzeszów University of Technology, Warsaw University of Technology, the Promost Consulting company from Rzeszów participated in this achievement. The project was co-financed from the funds of National Center of Research and Development. The ‘Product of the Year’ award for the innovative bridge honors also good practices of Mostostal Warszawa for strengthening cooperation between the world of science and industry and proofs company’s pioneering role in creating new market trends.

– Industrial Development Agency awarded the Product of the Year 2016 for the road composite bridge created in cooperation between consortium Com-bridge and contractor Mostostal Warszawa. This is the initiative, where the effect takes the material form, where scientific work comes to a realization and that builds the potential of science and industry in Poland. As a part of Polish Fund for Development (the PFR) we are opened to those kinds of projects, linking research and its application in practice – said President of the ARP Marcin Chludziński. It is an excellent example of what can be created if science and industry join the forces. This can be seen clearly in the cooperation of consortium with Warsaw and Rzeszów Technology Universities. As a result emerged a great, innovative project that was completed at the beginning of this year in a Subcarpathian town of Błażowa – he underlined.

The Good Design competition is organized by the Institute of Industrial Design since 1993. It is aimed at recognize products and services of high-quality pattern-designing and to support manufacturers and distributors. Following the prequalification, the products which take part in the competition undergo two-step evaluation by the experts of IWP and international jury comprised of representants of economic institutions, and institutions and associations that contribute to the development of innovations (including pattern design) as well as designers.

Between 21 October and 1 December anyone can visit exhibition of the products nominated to the award on Świętojerska St. 5/7 in Warsaw (free entrance from Tuesday to Sunday) where one can see a prototype composite beam of the bridge in Błażowa.

Congratulations to the R[&]D team! We strongly encourage you to visit the exhibition!