Completion of the New European Project 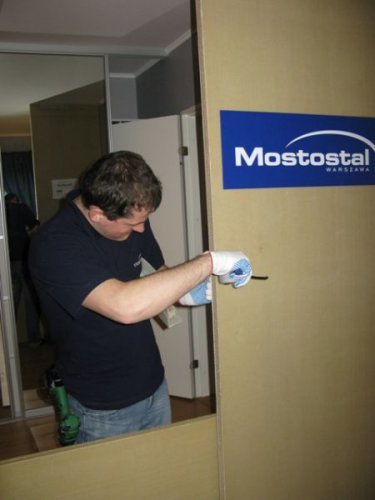 Under the Operational Programme – Improvement of the Competitiveness of Enterprises, Mostostal has made a commitment to complete a project relating to ‘Construction Work Reinforcement Technology in the Event of Acts of Terrorism’. Innovative solutions will be developed in cooperation with the Military Academy of Technology (WAT).

Poland's accession to NATO and the presence of Polish forces in Iraq are just a few factors that influence Poland's risk of terrorist attacks. Therefore, there is a need to identify a possible range of damage at construction facilities in the event of terrorist attacks. The awareness of this type of risk helps provide better protection for construction facilities and minimise damage. This is why Mostostal Warszawa has decided to develop a system of structural reinforcements to improve the resistance of structures against destruction following a terrorist attack.

Paweł Poneta, the project coordinator from R[&]D at Mostostal Warszawa points to the significant role of composite materials for creating innovative solutions: glass, aramid and carbon fibers. These are widely used across the United States. As early as before the attacks of September 2011, the Pentagon building was modernised with composite materials used to improve its physical resistance. These improvements contributed to a large decrease in the damage caused by the plane's impact. In early August of this year, Mostostal and the Military Academy of Technology will carry out tests at the Kazuń training ground to verify the effects that means of destruction have on structural elements and systems with and without the reinforcements.