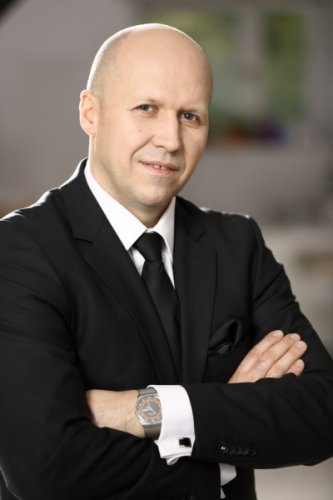 In 2017, Group Mostostal Warszawa generated sales revenues of PLN 1.1 billion, gross profit of PLN 26.9 million and a net loss of PLN 5.0 million. The reduction in the level of revenues for 2017 in relation to 2016 was due to decreasing, according to the schedule, throughputs at the construction of power units in Opole, as well as lower than expected contracting in previous years. Moreover, the achieved results were significantly affected by one-off events, such as writing off a part of deferred tax assets and creating a revaluation write-down of receivables from Lubelski Węgiel Bogdanka S.A. in connection with the losing dispute before the Arbitration Court, as well as the recognition of a virtually certain asset in the context of court proceedings involving the Company's claims. In addition, based on the recommendation of the Polish Financial Supervision Authority (Komisja Nadzoru Finansowego) issued in 2017 to review the income from claims registered in the Company and to correct the financial statements, we conducted an analysis of all court and arbitration disputes involving the Company. As a result of these activities, following the recommendation, we have significantly updated the amounts previously recognized as revenue. However, this does not change the attitude of Mostostal Warszawa in the scope of previously recognizedpursuing claims whether by negotiation or as a part of ongoing disputes. Our goal is to recover all receivables. Each amount received from them will have a positive impact on future financial statements.

Currently, the Group is rebuilding the portfolio of orders. Since the beginning of 2017, we have entered into a dozen new contracts with a total value of PLN 1.1 billion. The most profitable contracts were recorded in general construction, where the main part are housing investments (Vis á Vis Wola, Mennica Residence II, Lipowe Zacisze in Pruszków), office investments (LPP in Gdańsk, Libra BC II in Warsaw), public investments (Mediateka in Piotrków Trybunalski, indoor swimming pool in Bydgoszcz) and investments in teaching buildings for the Poznan University of Technology and AGH. We also carry out new tasks in the environmental protection sector. These are modernizations of the treatment plant in Krosno and in Otwock. The Group's portfolio is completed by contracts in the general construction, industrial, energy and infrastructure sectors. Systematically completed order portfolio will allow further, stable development of the Group.

The financial debt profile has not changed compared to last year and is still very beneficial for us. Only PLN 29 million from PLN 222 million are bank loans and leasing (PLN 17 million as at December 31, 2016). The remaining amount is loans received from the mother company - Acciona Construcción based in Madrid.

At the end of 2017, total equity of Mostostal Warszawa Group amounted to PLN 139 million. Employment reached the level of 1,552 employees, remaining at a similar level as compared to the end of 2016.

Our goal for 2018 is to further increase the order portfolio and improve our financial results. We want to achieve this goal through the consistent development of all business areas.