Centre of Creativity Targowa awarded in the Modernisation of the Year 2016! 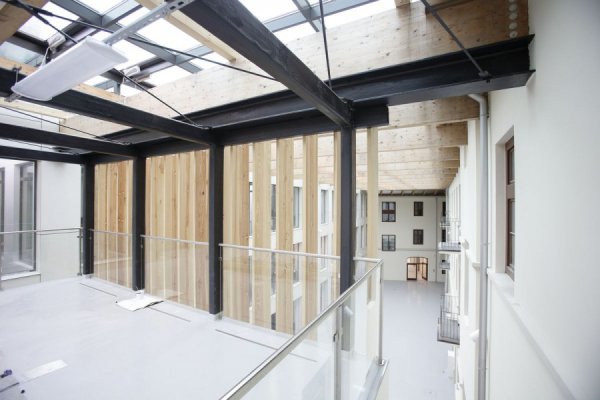 Centre of Creativity Targowa, one of the most recognised modernisations on the right bank of the Vistula river, got to the final of the Modernisation of the Year 2016. The investment was executed over the years 2013-2016 by the Central Division at Mostostal Warszawa headed by Artur Soczewica. The award ceremony was held yesterday in the Royal Castle in Warsaw.

The best of modernisation

The competition has been continuously organised for 21 years by the Stowarzyszenie Ochrony Narodowego Dziedzictwa Materialnego (the Association for the Protection of National Heritage Material) and is aimed at promoting Polish achievements in the field of revitalisation. In the competition are awarded buildings that have undergone renovation, modernisation, restoration or adaptation. The jury takes into account such characteristics as architectonical details, quality of performance, applied technologies and accessibility. The event has been gaining importance each year.

The final of the XXI Modernisation of the Year competition took place, as last year, on the 24th August at the Royal Castle in Warsaw. Centre of Creativity Targowa was honoured by the Construction Industry Chamber of Commerce. Artur Soczewica, Director of the Central Division and Tomasz Zabrocki, Site Manager of the Centre collected the award during a ceremony.

Centre of Creativity Targowa is composed of the nineteenth-century frontal building at Targowa Street and two outbuildings situated inside the property. The southern wing of the complex that encloses an internal courtyard was demolished and built from scratch.  The development at Targowa 56 represents a particular architectonical value as it is one of the best-preserved fragments of the city. It also resembles the process of evolution of the urban tenement houses from the turn of XIX and XX century when the Praga district was booming.

The Centre has been established to boost the entrepreneurship in the capital city. Star-up’s of industries such as design, games, architecture, movies and videos, music, advertising, photography, art and antics can find shelter there. Further, the entrepreneurs have a modern office and conference rooms at their disposal to develop their ideas.

Congratulations to the team involved in the revitalisation of the Centre!

We invite you to the photo gallery of the Centre on company's Instagram!