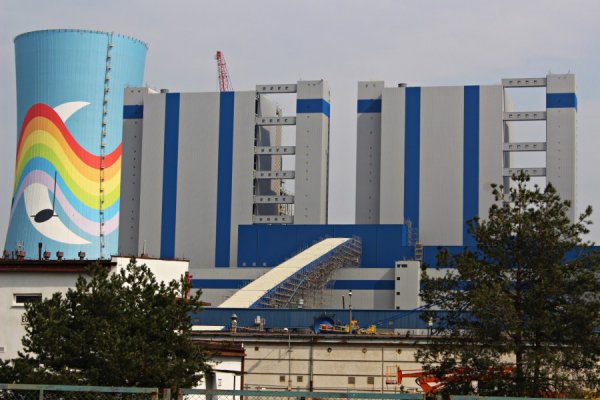 The biggest energy investment in Poland entered its final phase of implementation. The work at the construction of new coal-fired power units in Opole has just exceeded 82% of advancement. Mostostal Warszawa, one of the partners of the consortium executing the construction for the Polish Energy Group, has recently run a hydraulic test of the K-6 boiler.

Installation of the pressure parts is one of the most important tasks that were entrusted to Mostostal Warszawa at the construction of new power units in Opole Power Plant. The investment conducted by the consortium on the commission of the Polish Energy Group is worth PLN 11.6 billion. After completion of new units, Opole Power Plant will be able to satisfy 8% of domestic electricity demand and will become the third-largest country’s power supplier, after the facilities in Bełchatów and Kozienice.

The pressure test is aimed at guarantee the correctness of all the work done so far but also allows to avoid either of failures caused by distortion of any boiler components. The test is performed in the presence and with the consent of the Office of Technical Inspection which finally certifies and approves the test result.

The first water test, for the K-5 boiler, was conducted in February in difficult weather conditions (there were freezing temperatures outside, even at minus 20 Celsius degree). The pressure system was divided into four subsystems thus each was subjected to huge pressures (one of the subsystems was tested at 730 bar!). Let us remind that number of welding joints of each boiler amount to 80 000! Further, the hydraulic test of the second boiler was completed in the beginning of August, that is, almost half year after the similar operation had been taken on the K-5 boiler.

Power units no. 5 and 6. with a gross power of 900 MWe each which are rising in Opole Power Plant will be operating at ultra-supercritical steam parameters. They will use annually about 4 million tonnes of black coal from the Upper Silesia. The basic data of the unit will be as follows: pressure of live steam 25 MPa, temperature of live steam 603 °C with live steam flow at 2455.2  t/h (tonnes per hour).