Block No. 6 in Opole Power Plant has been successfully synchronized with the National Power Grid! 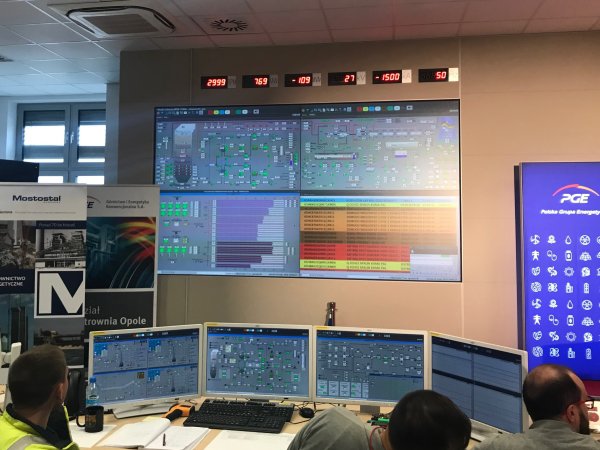 The first synchronization of the new unit No. 6 in the Opole Power Plant with the National Power System took place on May 14, 2019.

- Synchronization of Block No. 6 at the Opole Power Plant is the next step to launch a strategic investment in Poland. We are pleased that thanks to several years of work of the entire consortium the procedure has been successfully completed - Jorge Calabuig Ferre, Vice President of the Board of Mostostal Warszawa said. - Mostostal Warszawa showed its unique competences in a demanding project. I would like to take this opportunity and thank all members of the team for the investment implementation. Today we can see the effects of several years of their hard work and deep involvement.

The event preceding the synchronization of Block 6 was organized in April this year. first firing of the boiler, which in the first place has protection against corrosion from its pressure module. Thus following the stabilization operation while burning boiler with light oil and mounting a protective shielding, it was burning main fuel - hard coal. Consider boiling is entering the hot block stage. As a result the block was synchronised with the National Power Grid.

New blocks at the Opole Power Plant will supply energy up to 4 million households. After the handover of new units, Opole Power Plant they will cover 8 percent of current domestic demand for electricity and will be the third largest Polish power plant - after Bełchatów (PGE) and Kozienice (Enea).

Construction of units 5 and 6 in the Opole Power Plant with a total capacity of 1,800 MW started in February 2014. It is the largest industrial investment in Poland after the political transformation. The investment was carried out by the consortium of Mostostal Warszawa, Rafako (under the scope of GE Power) and Polimex-Mostostal. The entire range of Mostostal Warszawa's works as part of the construction of Blocks 5 and 6 in Opole Power Plant was performed by its subsidiary Mostostal Power Development.