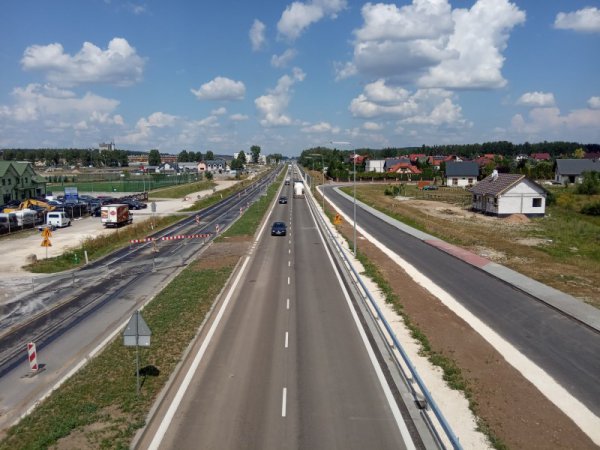 On August 11, traffic was postponed to the new, eastern road of the Morawica bypass, which is being built along the national road number 73. The investment is being carried out by a consortium of Mostostal Warszawa, Drogomex and Masfalt.

Traffic on the eastern road runs in both directions, and access from local roads from the eastern side is possible at new intersections. New access roads were also made available on the eastern side of the main route. The change of traffic organization will allow the commencement of works on the reconstruction of the western road.

- I would like to thank the entire team for the hard work that has been put into building a new carriageway and parallel access roads to enable the switchover of traffic and start the demolition work on the existing right carriageway. It was a milestone for the construction, although it is not included in the terms of the contract - says Tomasz Adamczyk, Contract Director.

As part of the investment, a 4.2 km long GP (main road with accelerated traffic) will be built, running along the existing national route no. 73 on the section from the city limits of Kielce to the border of Brzeziny and Morawica. As part of the task, four intersections with traffic lights will be built (two at the intersection of national road No. 73 with poviat roads, another two with municipal roads), a footbridge in Bilcza and access roads, as well as acoustic screens improving the comfort of residents. The necessary infrastructure related to the road will also be rebuilt.