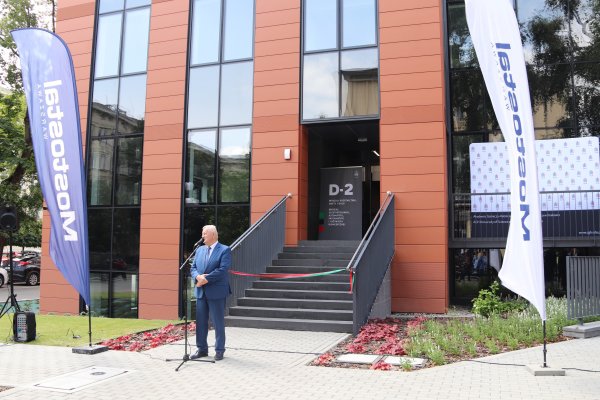 On July 8, 2020, a new building of the AGH University of Science and Technology was opened, constructed by Mostostal Warszawa. The investment will serve students and employees of two faculties: Drilling, Oil and Gas as well as Electrical Engineering, Automatics, Computer Science and Biomedical Engineering.

A new, six-storey building with a cubature of approx. 14 thousand m3 and usable area of ​​2,800 m2 is located at ul. Reymonta 13A. There are didactic and laboratory rooms in two faculties of AGH. The building has a geothermal heating system based on heat pumps, and is also adapted to the needs of people with disabilities.

The Faculty of Drilling, Oil and Gas has 15 laboratories in the new building, including designed for classes in geoenergetics, augmented reality or unconventional hydrocarbon deposits. In turn, the Faculty of Electrical Engineering, Automatics, Computer Science and Biomedical Engineering in the new building has developed 10 new studios for its students, where it will educate them, among others in the field of electric drives in motor vehicles, microprocessor technology, wireless data and energy transmission, as well as car sensors.

The facility was implemented by Mostostal Warszawa.