Miguel Angel Heras Llorente - President of the Management Board

Mr. Llorente was born in 1959; in 1985 he received the title of the Engineer of Roads, Canals and Harbours; he completed a specialist course in design, calculation and construction details of concrete structures in the construction industry. In 2010, Mr. Miguel Angel Heras Llorente participated in the Training Programme for Managerial Personnel at the IE Business School. He has extensive professional experience.

Mr. Miguel Angel Heras Llorente started his professional career in 1987 in IBERINSA as a design engineer, where he designed drainage for the underground project in Colombia. Between 1988 and 1992, he worked as a director at a number of construction plants in ENTRECANALES y TAVORA, mainly in the infrastructure and railway sectors. In the course of the next five years he managed multiple contracts in Spain and South America. The projects were managed by various consortia, including the consortium of companies ENTRECANALES y TAVORA and DYWIDAG y FCC, involved in the construction of the underground in Medellin (Colombia). In 1997, ENTRECANALES y TÁVORA merged with CUBIERTAS, as a result of which, between 1998 and 2003, Mr. Miguel Angel Heras Llorente continued his professional career in a company which received a new name: NECSO ENTRECANALES CUBIERTAS. At that time, he held the position of national director in Colombia, later in Colombia and Venezuela and since 2001 also in Puerto Rico. Amongst others the projects he managed included the construction of roads, motorways, railway lines, tunnels and aqueducts and sewage treatment plants and the renovation of harbours. The most significant projects include the extension of the public rail transport system and construction of a sewage treatment plant in Puerto Rico, conducted between 2001 and 2003. Between 2004 and 2006, he acted as general director for Licences in Chile in Acciona. Between 2006 and 2009, after returning to Spain, he worked as Deputy general director for Licences and between 2010 and 2012 as general director for Asia, Australia and Africa. From December 2012 till March 2016 he was member of the management board at Mostostal Warszawa S.A. performing the function of the vice-president of the management board, general director. He was also the supervisory board member of subsidiaries: Mostostal Power Development Sp. z o.o. and Mostostal Płock S.A. From April 2016 he performed the role of Director of Digital Transformation at ACCIONA Infraestructure. 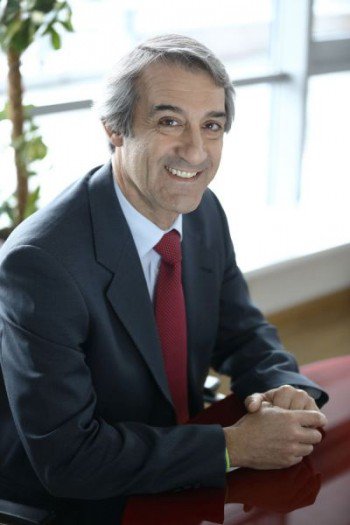 Jorge Calabuig Ferre - Vice President of the Management Board

Born in 1978. In 2003, he graduated from the University of Technology in Valencia, Faculty of Civil Engineering, specializing in transport and urban planning. In 2003, he defended his master's thesis at the University of Rostock in Germany, and in 2020 he completed his MBA studies at EOI Escuela de Organización Industrial (Business School) in Madrid. From the beginning of his professional career, he has been associated with general contracting. In the years 2003-2006 he held positions: from Site Manager to Technical Director. He has been associated with the Acciona Group since 2006. On behalf of the Spanish company, in 2006-2008 he supervised the modernization of the national road No. 7 in the Kiezmark - Jazowa section in Poland. In 2008-2009, he also coordinated the multi-stage process of preparing the offer of the Mostostal Warszawa / Acciona Infraestructuras consortium for the construction of the second metro line in Warsaw.
In the years 2009-2013 he was the Technical Director at Acciona Infraestructuras Branch in Poland. From 2014, he managed the Controlling and Purchasing Department at Mostostal Warszawa S.A. As the Controlling and Purchasing Director, he was also responsible for managing the procurement process for one of the Company's largest contracts - the construction of power units no. 5 and 6 at the Opole Power Plant.
On May 5, 2017, by decision of the Supervisory Board, he was appointed to the Management Board of Mostostal Warszawa S.A. He is also a Member of the Management Board of Mostostal Power Development Sp. z o.o. and sits on the Supervisory Boards of subsidiaries of Mostostal Warszawa S.A. 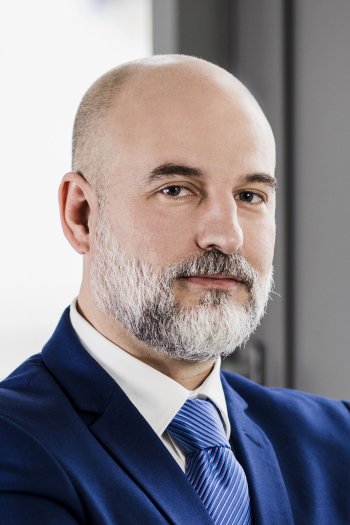 Jacek Szymanek - Member of the Management Board: Management and Administration

Mr. Szymanek was born in 1971; he is a graduate of the University of Physical Education in Warsaw with a major in coaching; he also holds the title of Master of Business Administration from the French Institute of Management. Mr. Szymanek has completed a series of specialist training sessions devoted to management, finances and human resources. For a number of years, he was involved in personnel management, where he had the opportunity of becoming acquainted with the specific nature of various industries during his work for global corporations. Between 1995 and 1999, Mr. Szymanek worked for Pepsico, where he was responsible for HR support in the operational part of the organisation. Between 1999 and 2004, he held the function of deputy personnel director for wages and employee benefits in the insurance company Commercial Union (currently Aviva). Between 2004 and 2005, he worked in Europejski Fundusz Leasingowy as the director responsible for the entire area personnel management. In 2005, Mr. Szymanek was appointed to the position of personnel director in the international logistics company FM Polska where, for six years, he was responsible for developing and shaping the human resources policy in the FM Logistic Group. Jacek Szymanek has been working for Mostostal Warszawa S.A. since September 2011; initially he was the HR Office director. On 3 February 2012, in line with the decision of the supervisory board, Mr. Szymanek was appointed a member of the management board of Mostostal Warszawa S.A., where he is responsible for departments of: HR, Administration, IT, OHS, R&D, PR, Management Systems, Protection of Classified Information, Data Protection and Production Support. Jacek Szymanek also performs the function of President of the Management Board of Mostostal Płock SA and member of the supervisory boards of Mostostal Kielce SA and Mostostal Power Development Sp. z o.o. 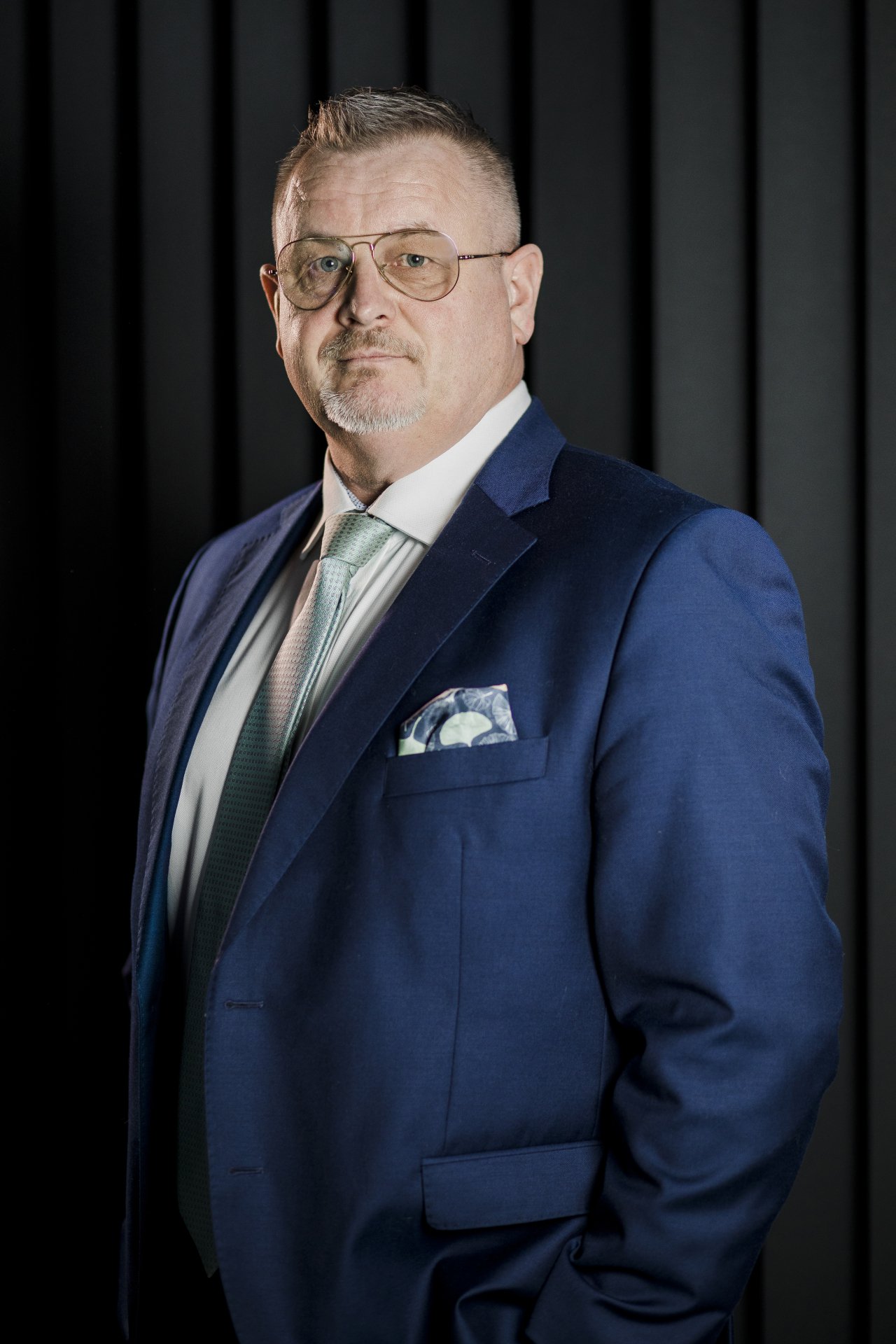 Carlos Resino Ruiz - Member of the Management Board: Finances

Mr. Resino Ruiz was born in 1963 and he is a graduate of the Complutense University in Madrid with the title of M.Sc. in Economics and Management. In 2000, he completed the IESE Business School at the Navarra University and, in 2009, Escuelade Organización Industrial (post-graduate school of engineering). Between 1993 and 1995, Mr. Ruiz worked as a financial director in Acciona at the Impregilo – Torno – Al Wahda Power project in Morocco. Between 1995 and 1997, he was the regional financial director of Acciona in Morocco. Between 2000 and 2010, Mr. Ruiz held the function of financial director in the Central Area and in the Area of Engineering Construction in Acciona Infraestructuras. Between May 2010 and February 2013, he worked as director for economic and financial affairs in Acciona Ingeniería S.A. Between 2013 and 2016 Mr. Ruiz worked for Mostostal Warszawa S.A., where he was the control director and a member of the management board for finances. He was also a member of the management board of Mostostal Power Development Sp. z o.o. and a member of the supervisory board in a subsidiary of Mostostal Warszawa S.A., AMK Kraków S.A. and Mostostal Płock S.A. From 2016 to 2020 he was CFO at Acciona Infraestructuras Middle East where he leaded the financial operations of the Acciona in this Middle East, with key projects for Acciona Construcción (Dubai Metro 2020), Acciona Industrial (Dewa III 800 MW Photovoltaic Plant - Dubai) and Acciona Agua (SWRO Jebel Ali Desalination Plant Dubai, Al Khobar I, II & Shuqaiq SWRO Desalination Plants in Saudi Arabia, UHP SWRO Desalination Plant Umm Al Houl in Qatar).

By the decision of the Supervisory Board, on 1 August 2020 was appointed to the Management Board of Mostostal Warszawa SA. 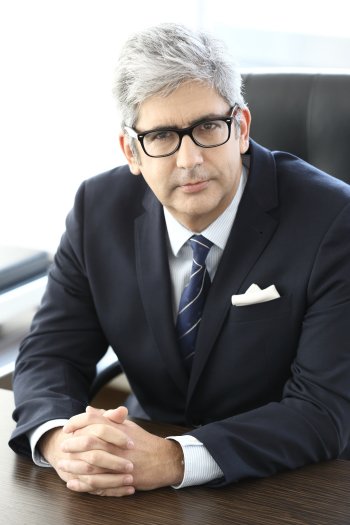 Members of the Supervisory Board

Members of the Audit Committee